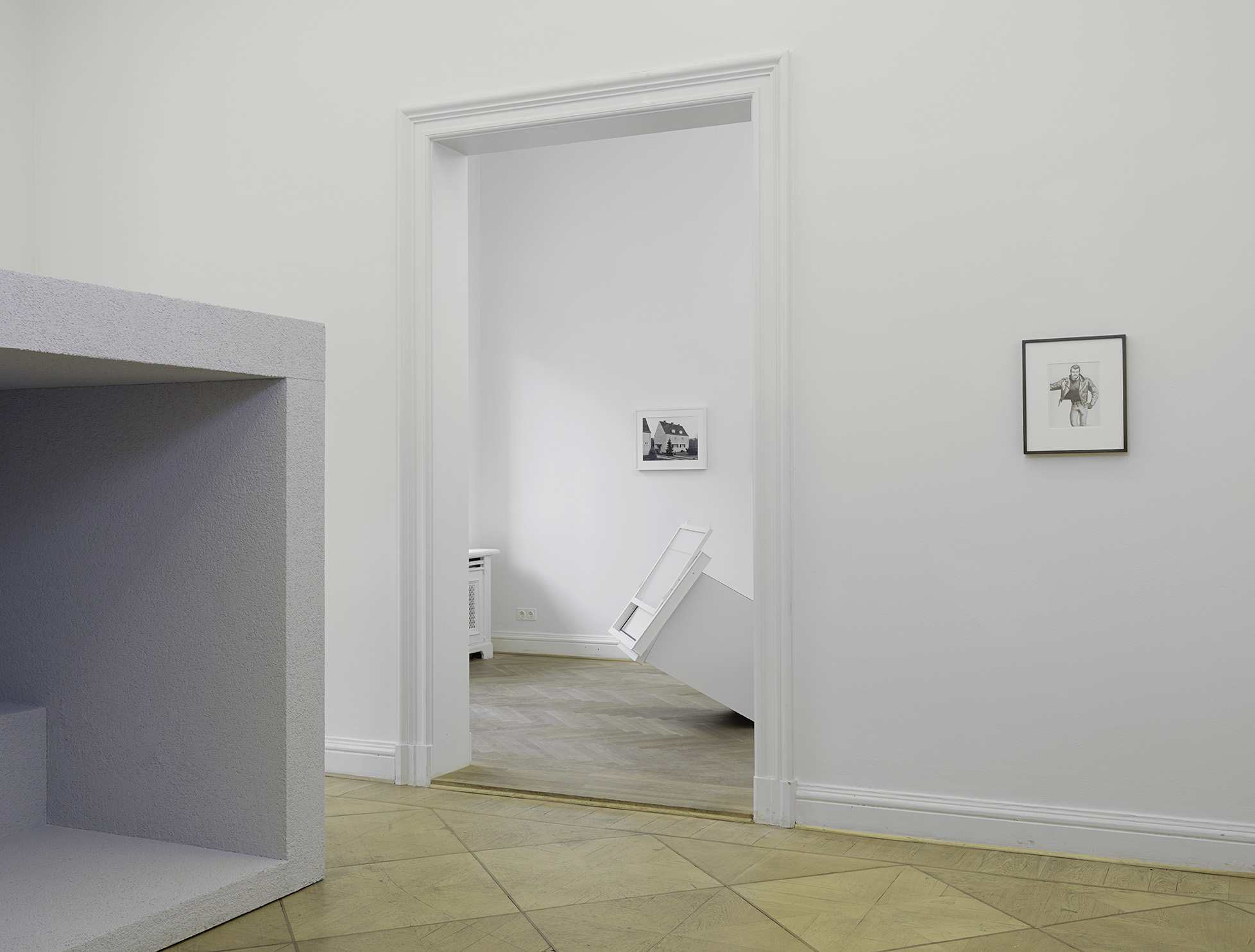 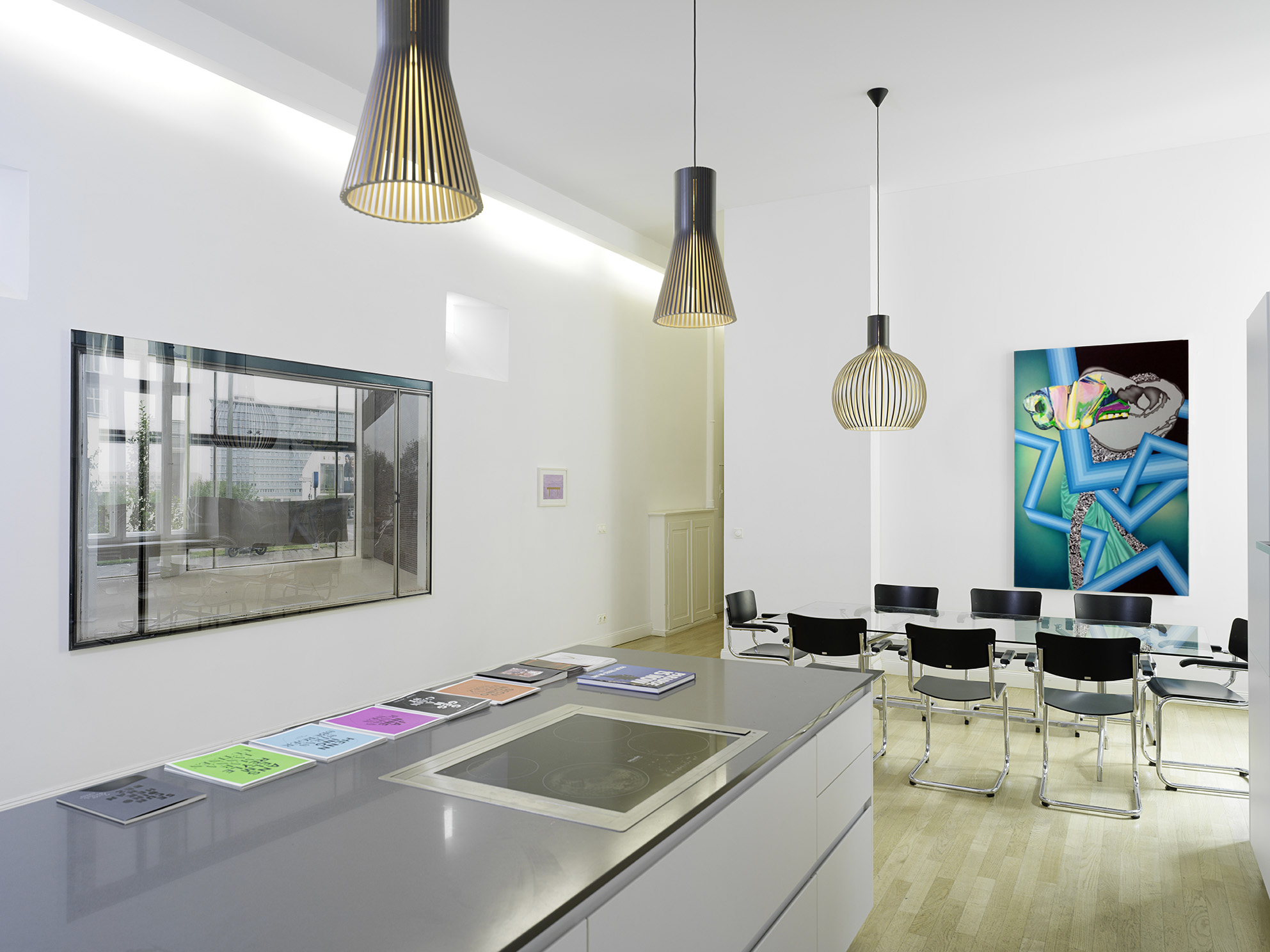 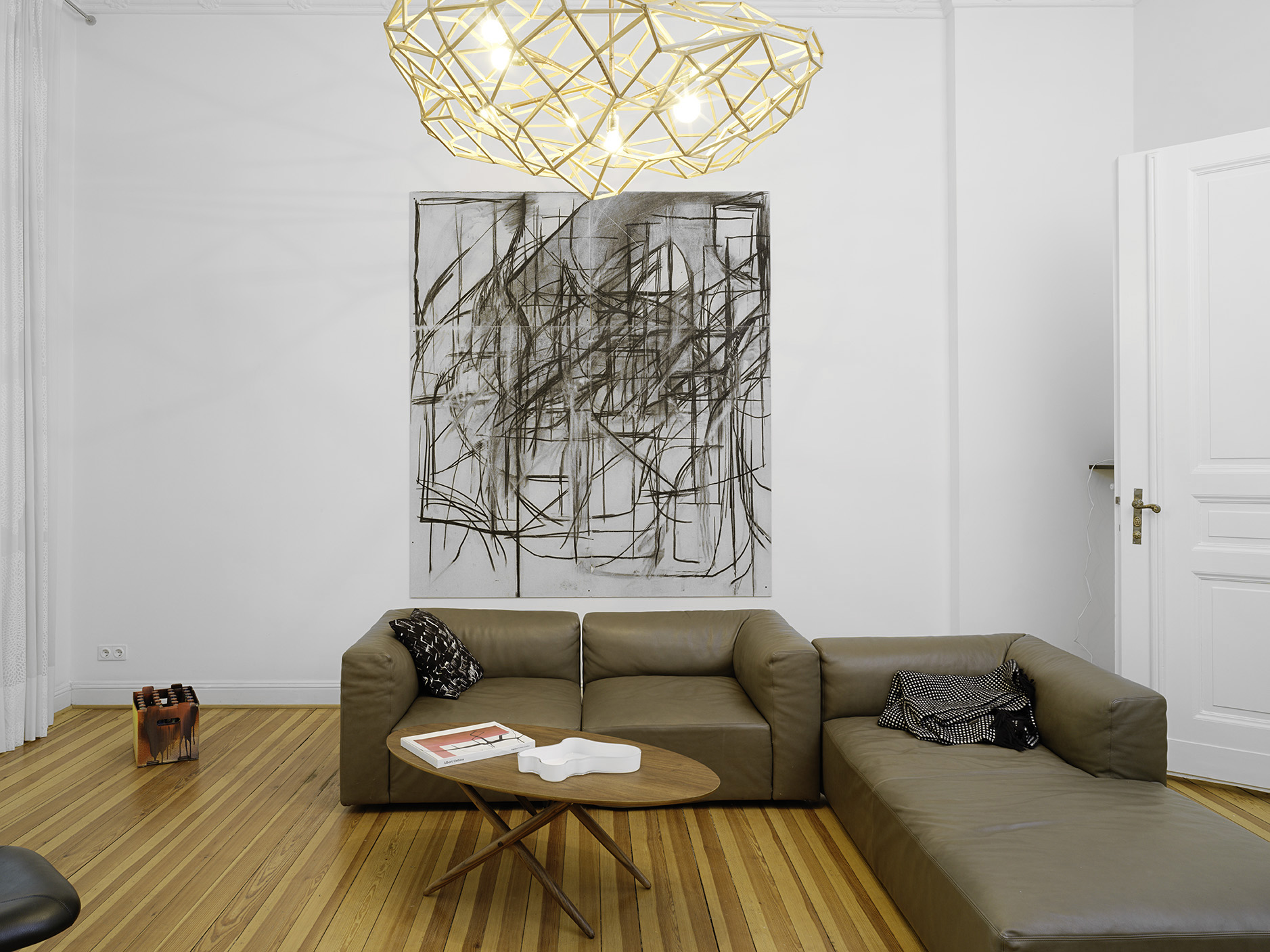 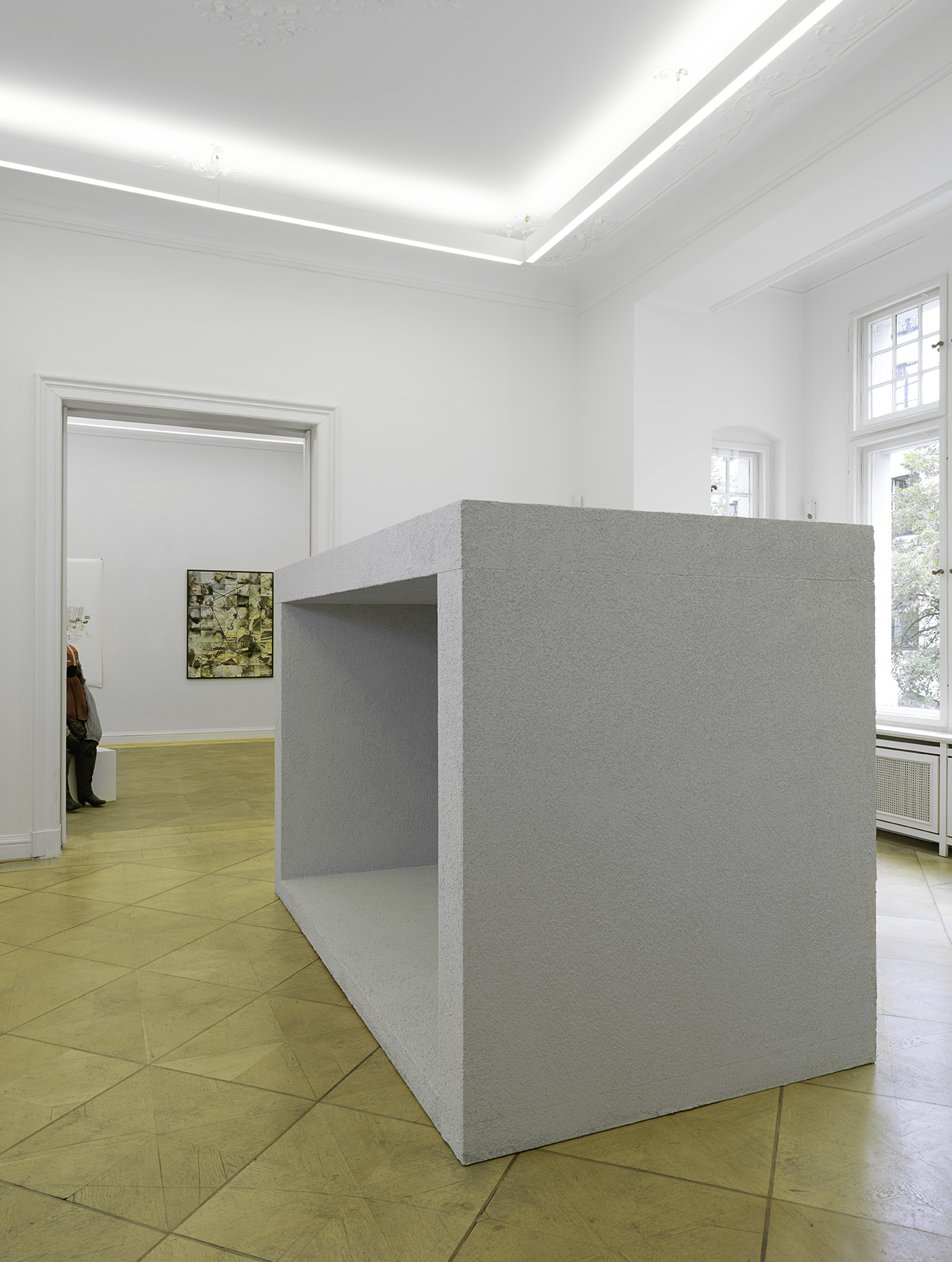 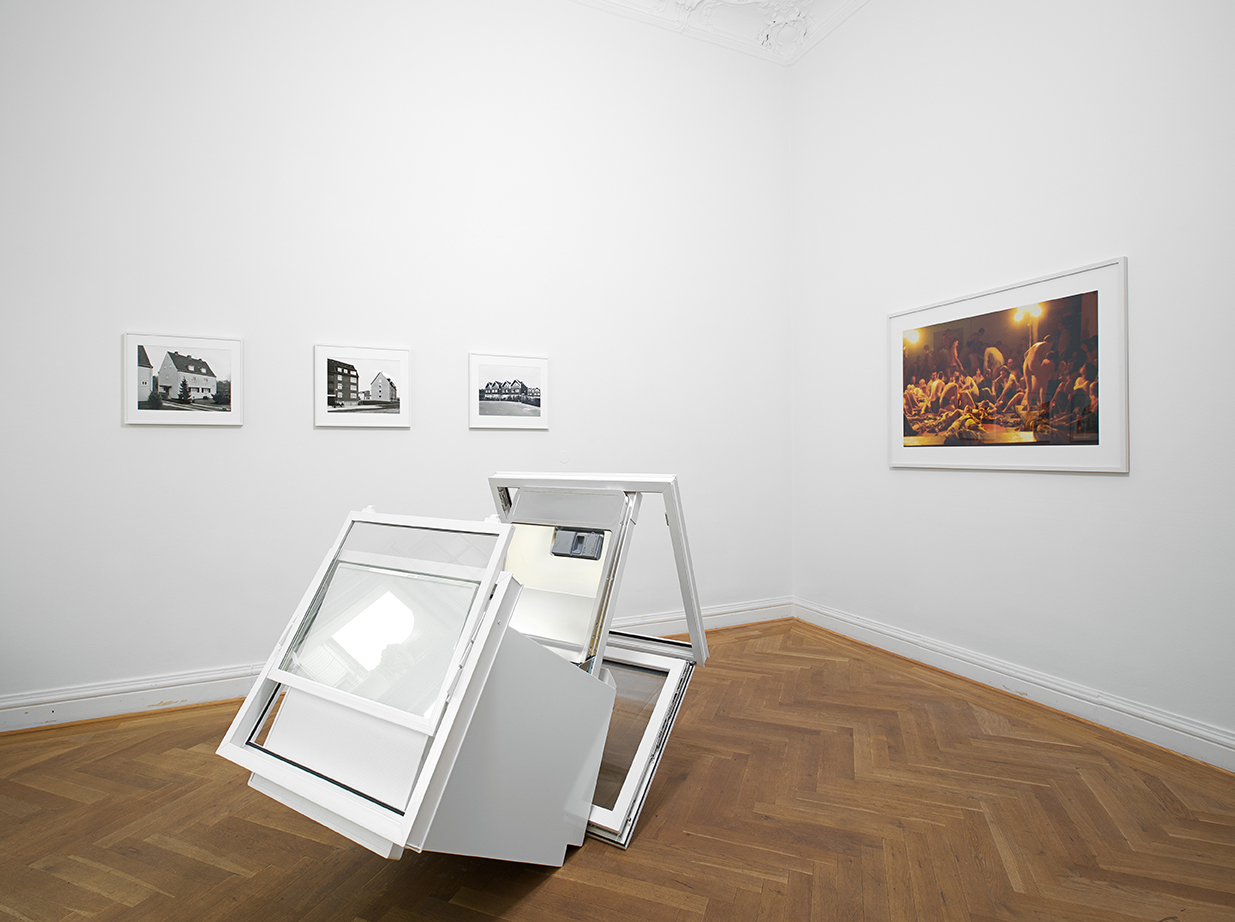 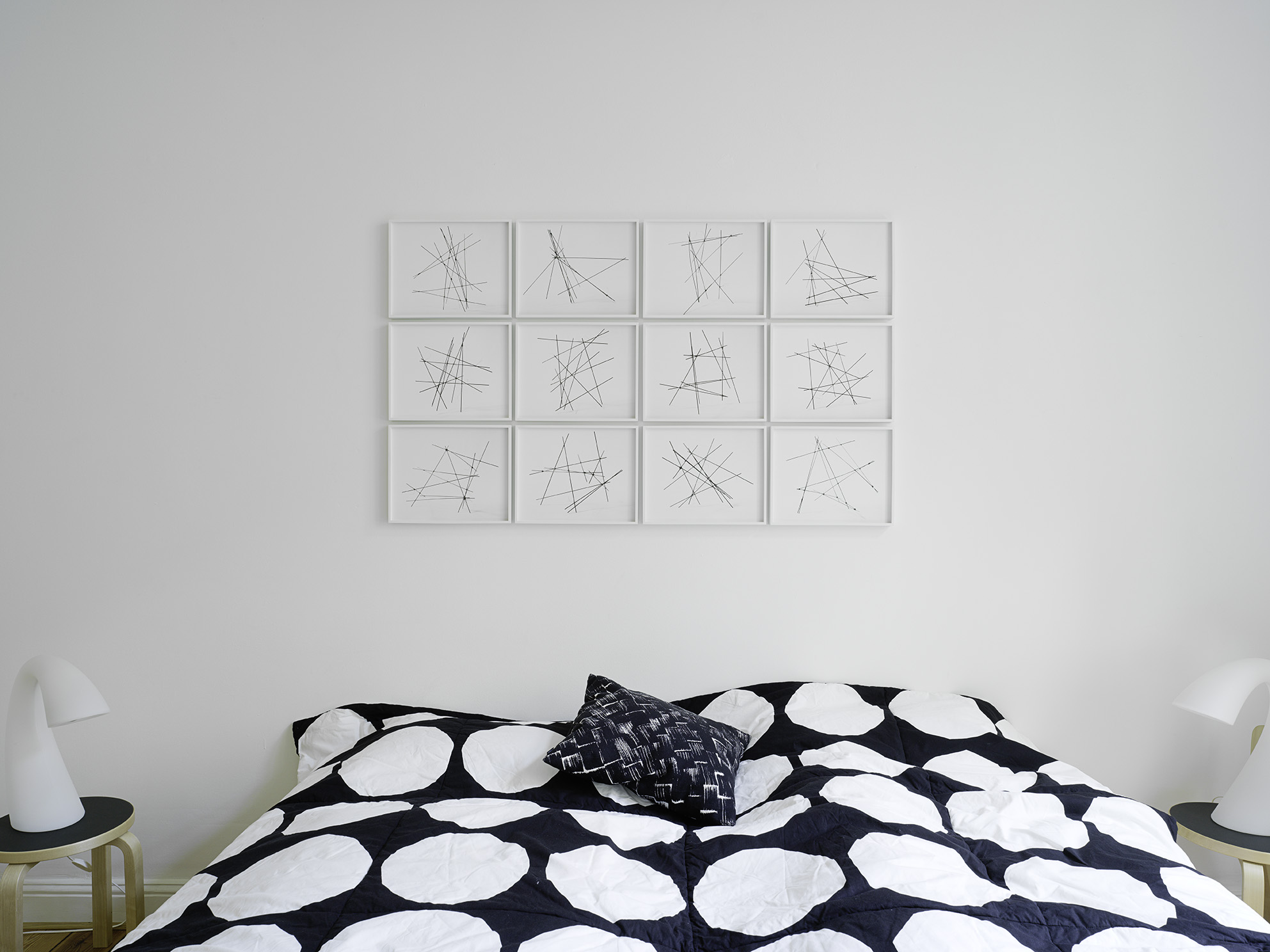 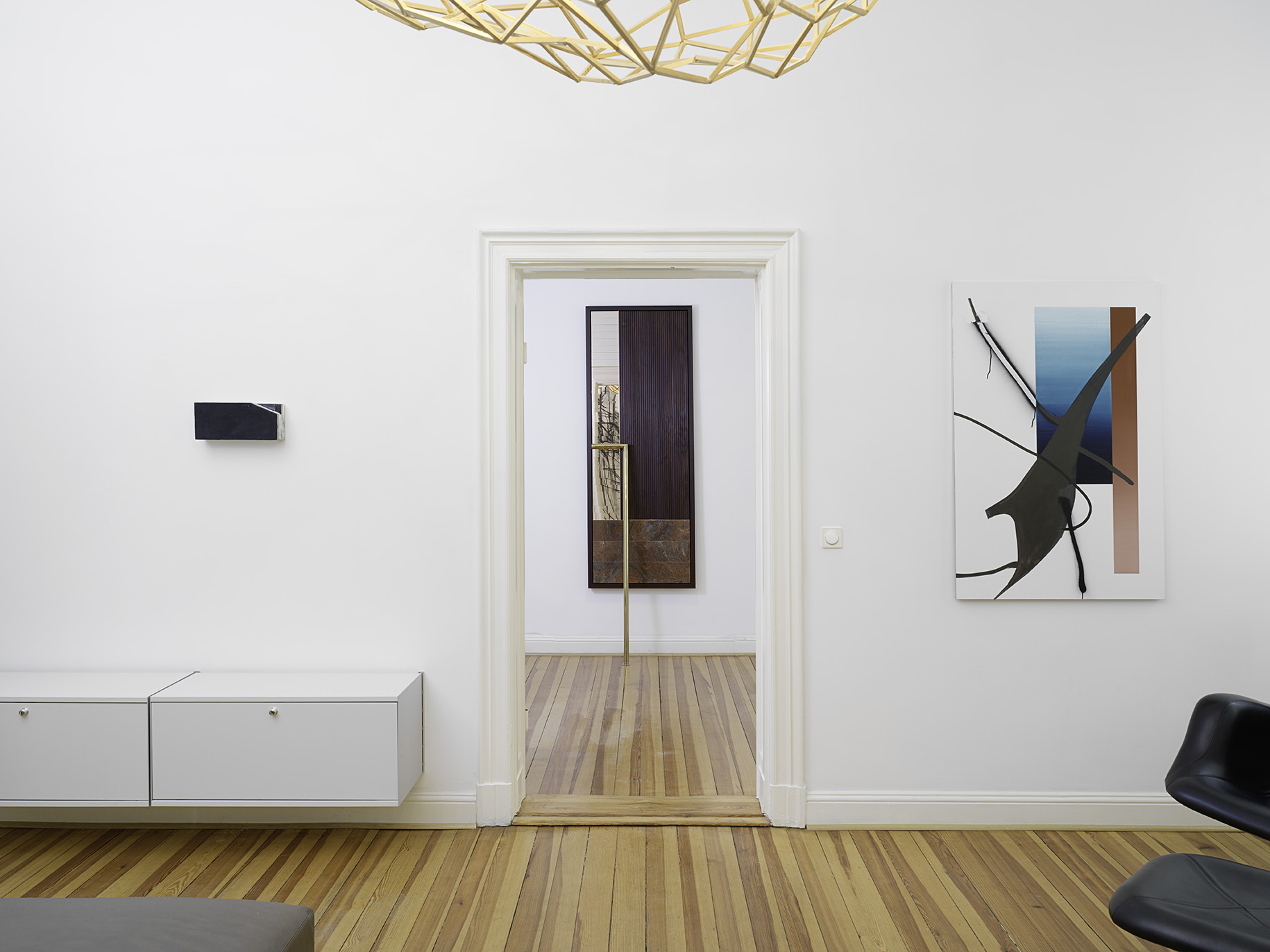 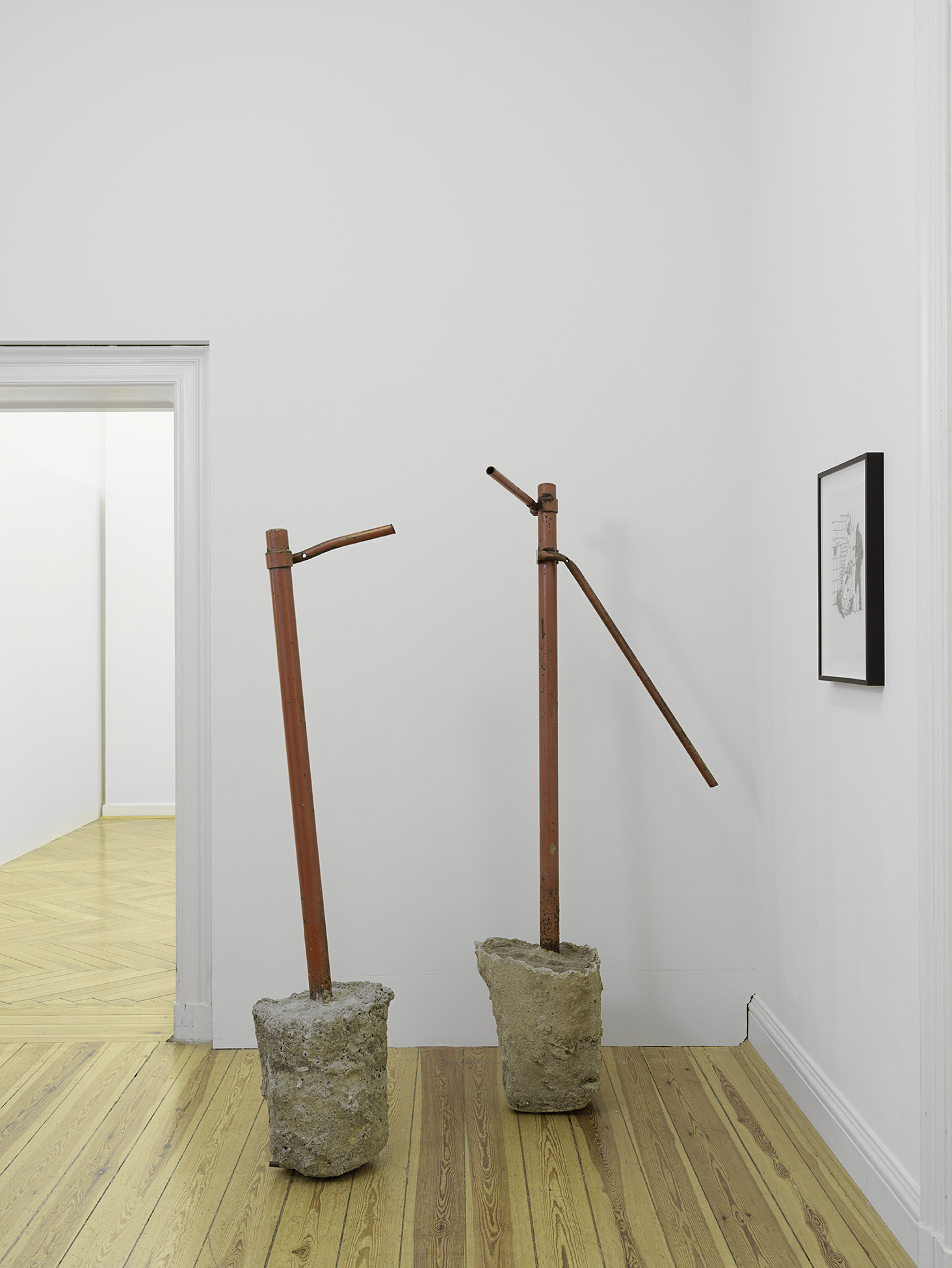 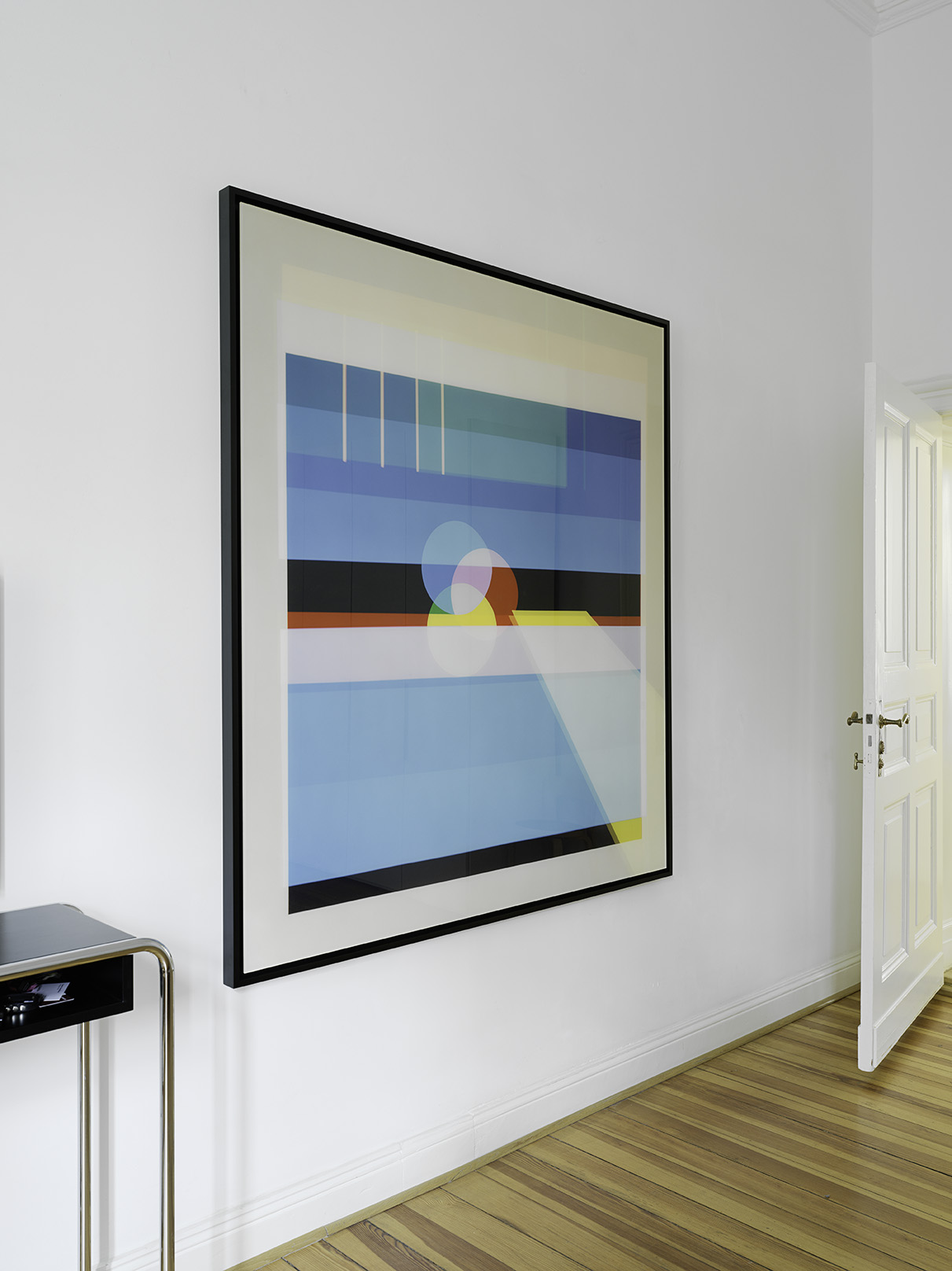 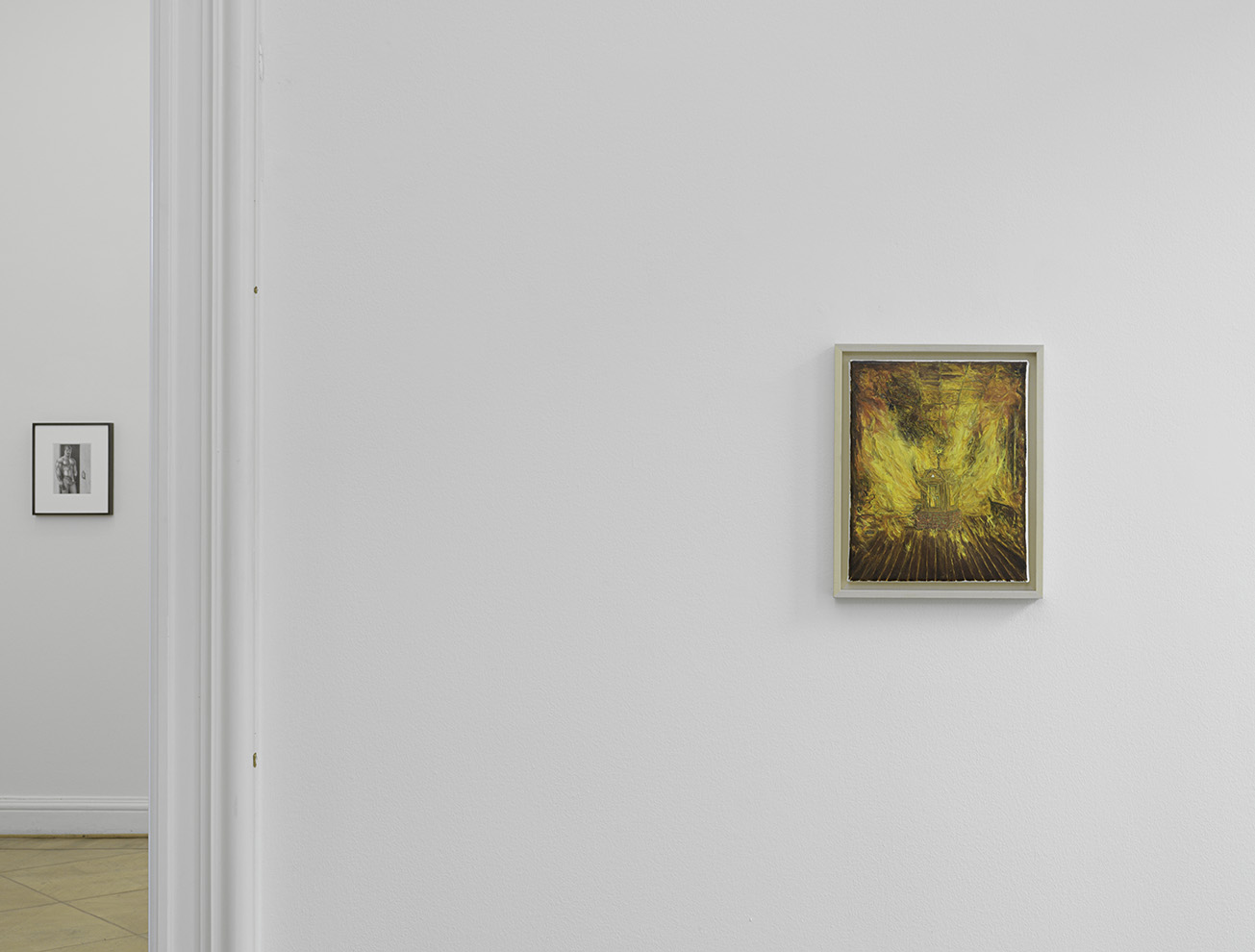 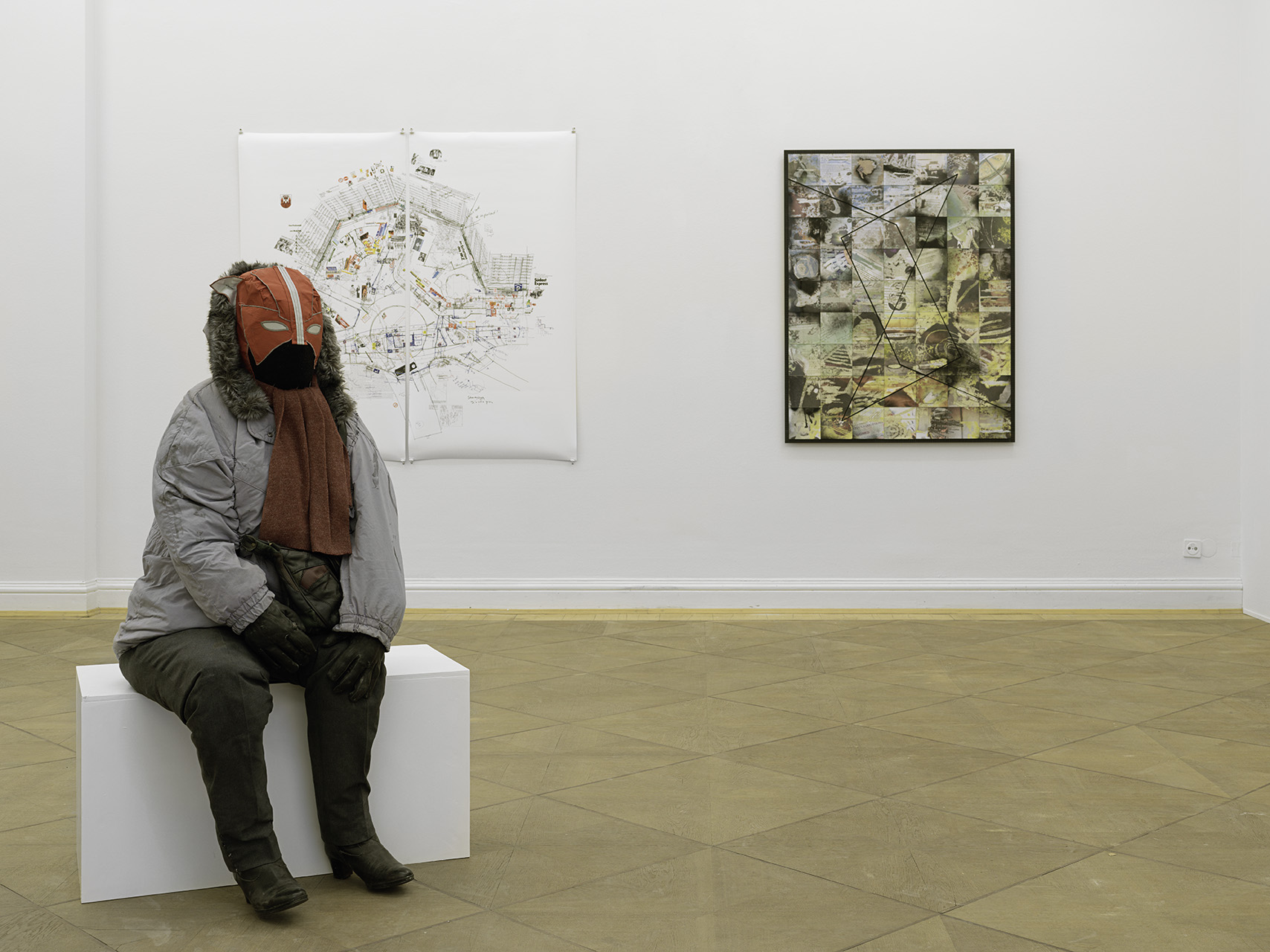 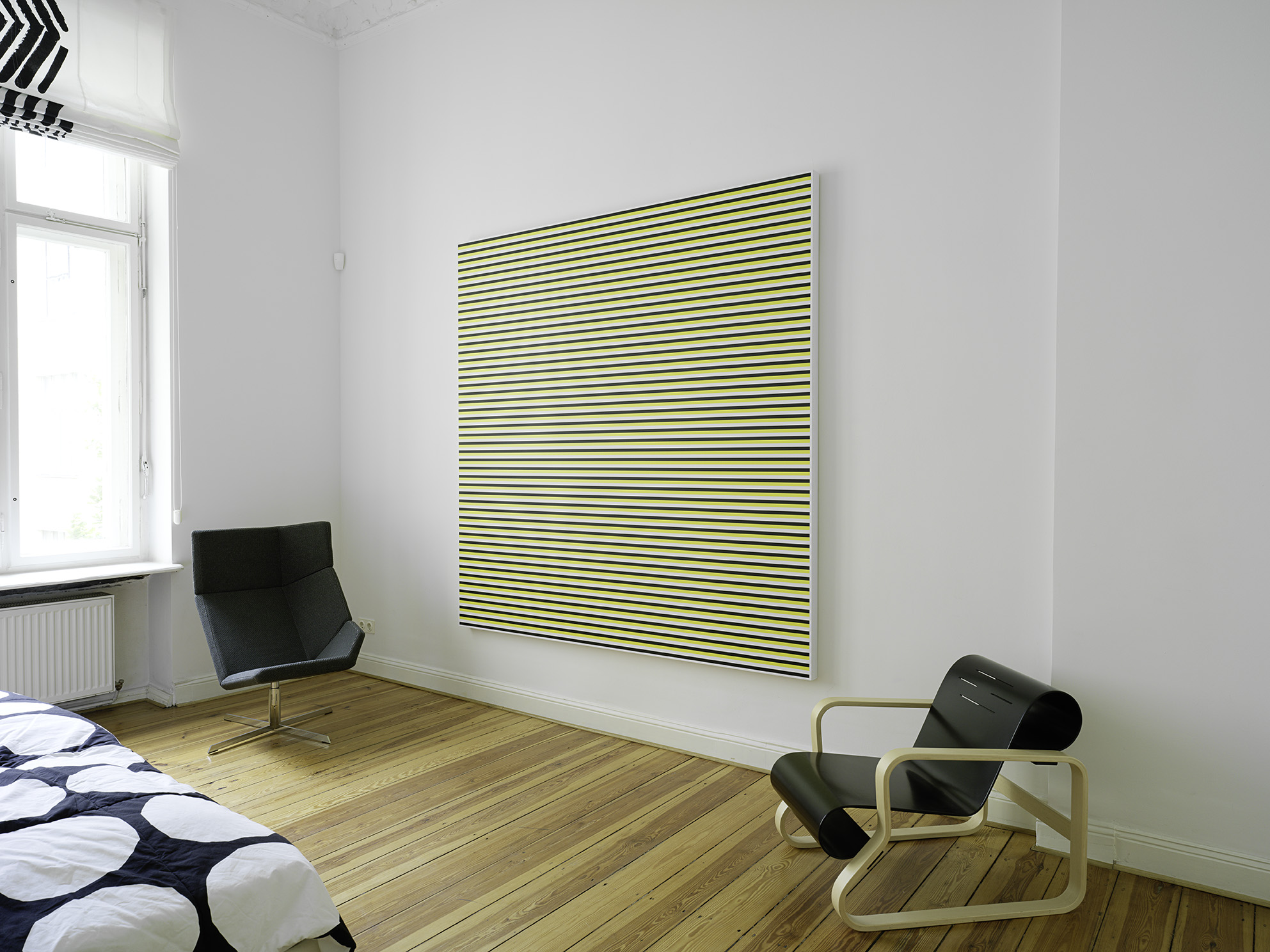 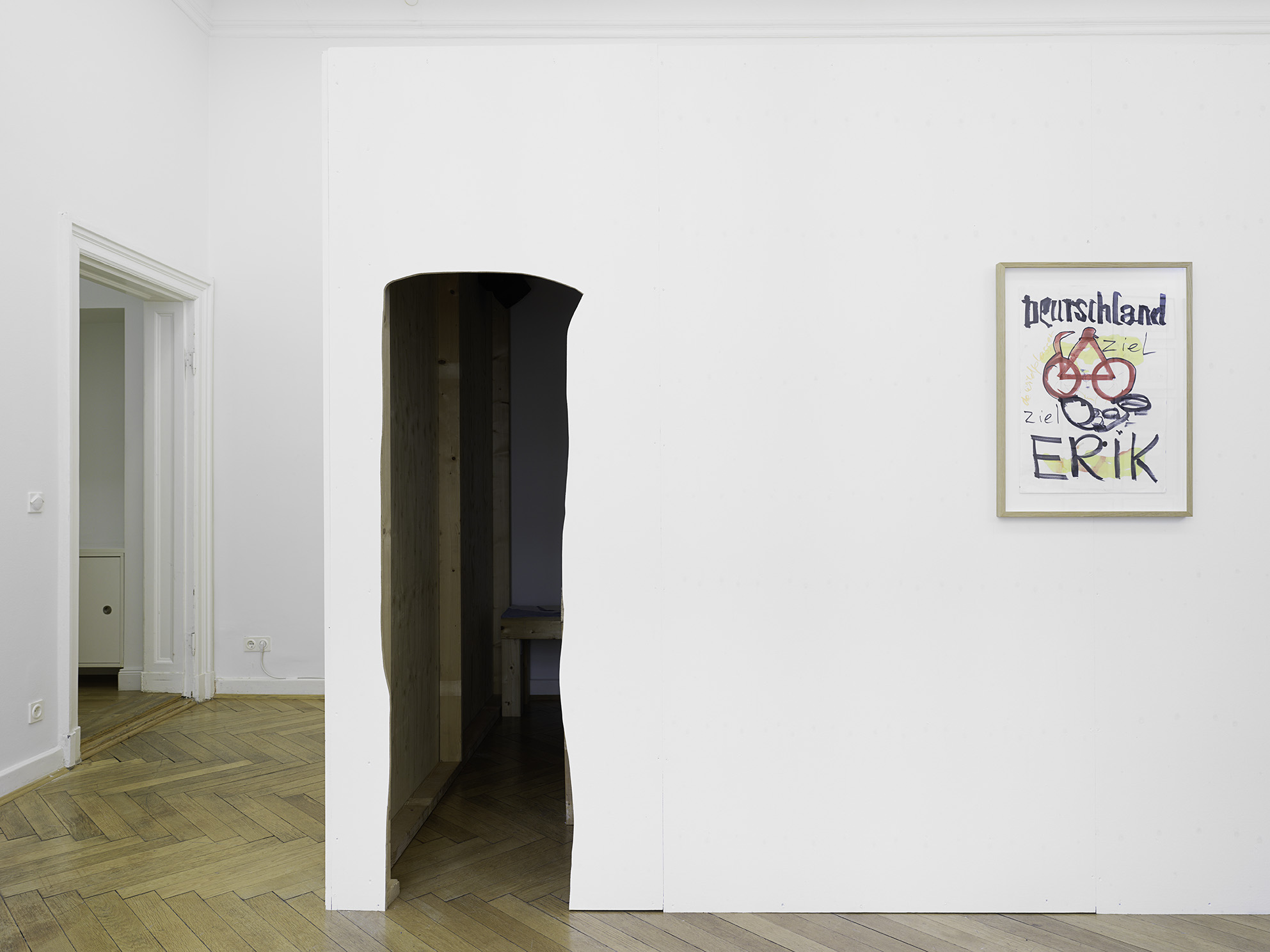 The animal has created a network with many-branched passages and caves underground. His structure seems to have turned out well. And yet he is constantly overcome with the fear that his burrow is not perfect enough to fend off enemies or other interferers trying to penetrate their way into the complex.

Franz Kafka’s story „The Burrow“, which was written in the middle of the 1920s, is set in a period when, accelarted by the Industiral Revolution, bourgeois home of the 19th century together with the lifestyle of its inhabitants was falling apart. The mental problems that went hand in hand with the transformation in the spatial and social order, which were expressed for example in many types of spatial phobias, were still dealt with by Sigmund Freud in the old middle-class setting containing armchairs, massive sofas and heavy rugs. At the same time, architects and urban planners began to develop new residential and urban concepts to prepare the residents of the metropolises for the 20th century. The aim was not only to get rid of the sicknesses of the old cities with their spatial order, but also intending to do away with myth, irrationality and tyranny. In this way, the space as a converted, symbolic and intellectual place entered the social debates of the 20th and 21st centuries.

After the Second World War, the architectural ideas and models that were formulated in an exemplary manner in Loos’ “spatial plan” or in Le Corbusier’s “espace idicible” were only distant echoes of a modern age that had failed by its own doing. As a result, the space became a guiding concept and a battle cry of the late 1960s in order to now analyze the next traditional social order and then make an attempt to remove this.

Thanks to the concepts developed at that time concerning our understanding of relationships to the space, we can see today that space is not a homogenously static structure. We live in a fragmented and networked spatial structure and in virtual spaces; we pass through territorial spaces, populate places or search for spaces of retreat to withdraw from public perception.

The exhibition “Ich bin ein Riss, ich will durch Wände gehen / I am a crack, I want to go through walls” shows how art stands in relation to these spaces and brings together works from the Peters-Messer and Miettinen collections.

Monica Bonvicini and Manfred Pernice connect their objects and installations to a reference system in which body, spaces and objects are closely related to one another. With the drawing „Caged Tools“ by Bonvicini and the fragments from a condemned building by Pernice „o.T. (hässliche Luise)“ (Untitled [Ugly Luise]), they transfer the sound of the city into the exhibition.

In the photographic series unconscious places, which got underway in 1979, Thomas Struth sets these empty places in scene as a psychological profile of their (absent) inhabitants by documenting desolate urban landscapes.Theo Altenberg’s photography of a mass scene in Friedrichshof „Nach den Selbstdarstellungen“ (After the Self-Portrayals) shows that war and the crisis of the Modern age led to a liberation of spaces and bodies. Opposite to this we have Florian Slotawa’s material assemblage made of apartment windows and washing machines as a monument to a normative, petit beourgeois domesticity.

In rural areas, bus stops are transitory places that act as meeting points for the kids from the suburbs and where the approaching bus into town promises release from small-town constrictions. Sabine Hornig’s brutalist construct Bus Stop appears to be a space offering protection and a stage in equal measure; it thus provides the setting for Tom of Finland’s posing California Men.

The uncanny in modern architecture is reflected in Ola Kolehmainen’s photograph Library 1. This work shows the enlarged negative of a room view of the Alvar Aalto Library in Vyborg, whose central object is a skylight that dominates the visual spcae as a round black disc.

In the central room of the Salon, its “Berliner Zimmer”, Erik van Lieshout and Michael Rutschky cross the territories of West and East Germany at different times; the former in his room installation Rotterdam – Rostock, first shown at the 4th Berlin Biennale, and the latter with his photo series Unterwegs im Beitrittsgebiet (1-50) (Out and About in Acceding Territory 1-50). As chroniclers and participants, they relate themselves to the people and architecturs of the cities, the peripheries and the rural spaces and show how social and political circumstances in time and space are changing and establishing new connections all the time.