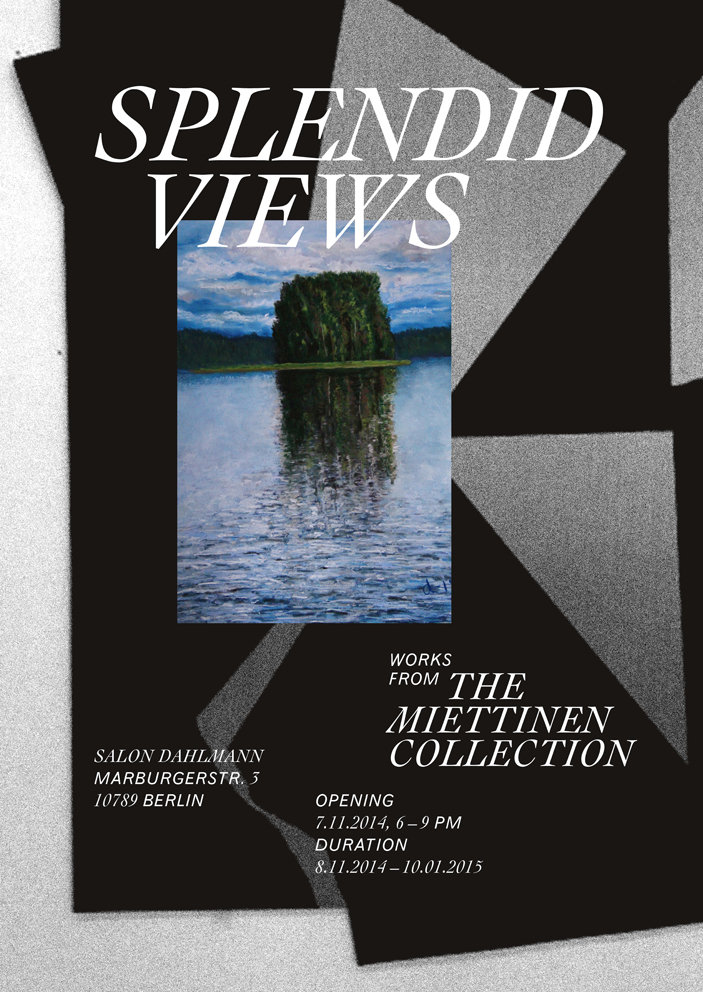 Timo Miettinen’s enthusiasm for painting goes back to his childhood. His mother was a collector of eighteenth- and nineteenth-century landscape painting—this influenced the son’s tastes and still informs his own collecting activities today. The Miettinen Collection includes over 300 works by contemporary artists, especially paintings. The collector’s vision has grown over the years, in particular as a result of his wife’s influence, the architect Iiris Ulin: from painting’s impressions of landscape, perspectives and horizons, grassy plains, woodlands and pastures to abstract formalism, vivid colors and the construction of space.

Splendid Views provides insight into Timo Miettinen’s artistic interests, which are focused on combining Finnish and international art. The exhibition addresses the diversity of the collection and presents a vast array of aspects specific to painting. The configuration and interplay of works according to lines and colors emphasize the relationship between landscape and space, the concrete idyll and abstraction. Classic landscape painting occupies one of the main spaces of the exhibition. It is the starting point but also the counterpart to the reduced geometric forms, which, in turn, direct one’s attention like windows toward another formalist present. Kirsi Mikkola’s Untitled (2012) marks a transition point between opposing poles of figurative marks and abstraction. Thomas Scheibitz’ large-format painting titled Fenster und Speicher (2014), similar to Pertti Kekarainen’s six-part series Tila (Marburger Str. 3) (2014), directly references space, architecture and what lies behind the windowpane. Peter Halley abstracts the window-form into cells and grids, while Jussi Niva or Katja Strunz break through the painting’s surface to grasp two- and three-dimensionality.

Landscape need not only represent grassy spaces or organic contours. It can also mean geometry—how it is received is up to the eye of the beholder.

Every Saturday from 11 am until 4 pm and by appointment