Touch Me: Nudes from the Miettinen Collection 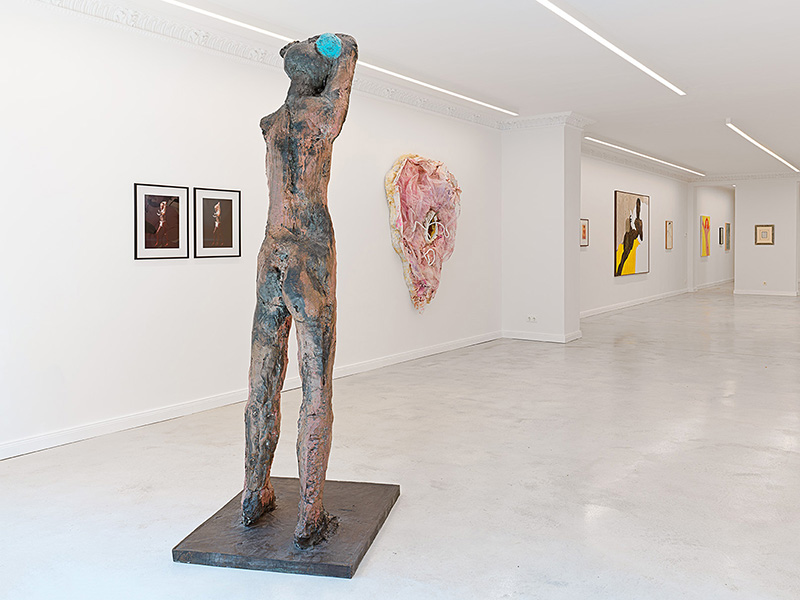 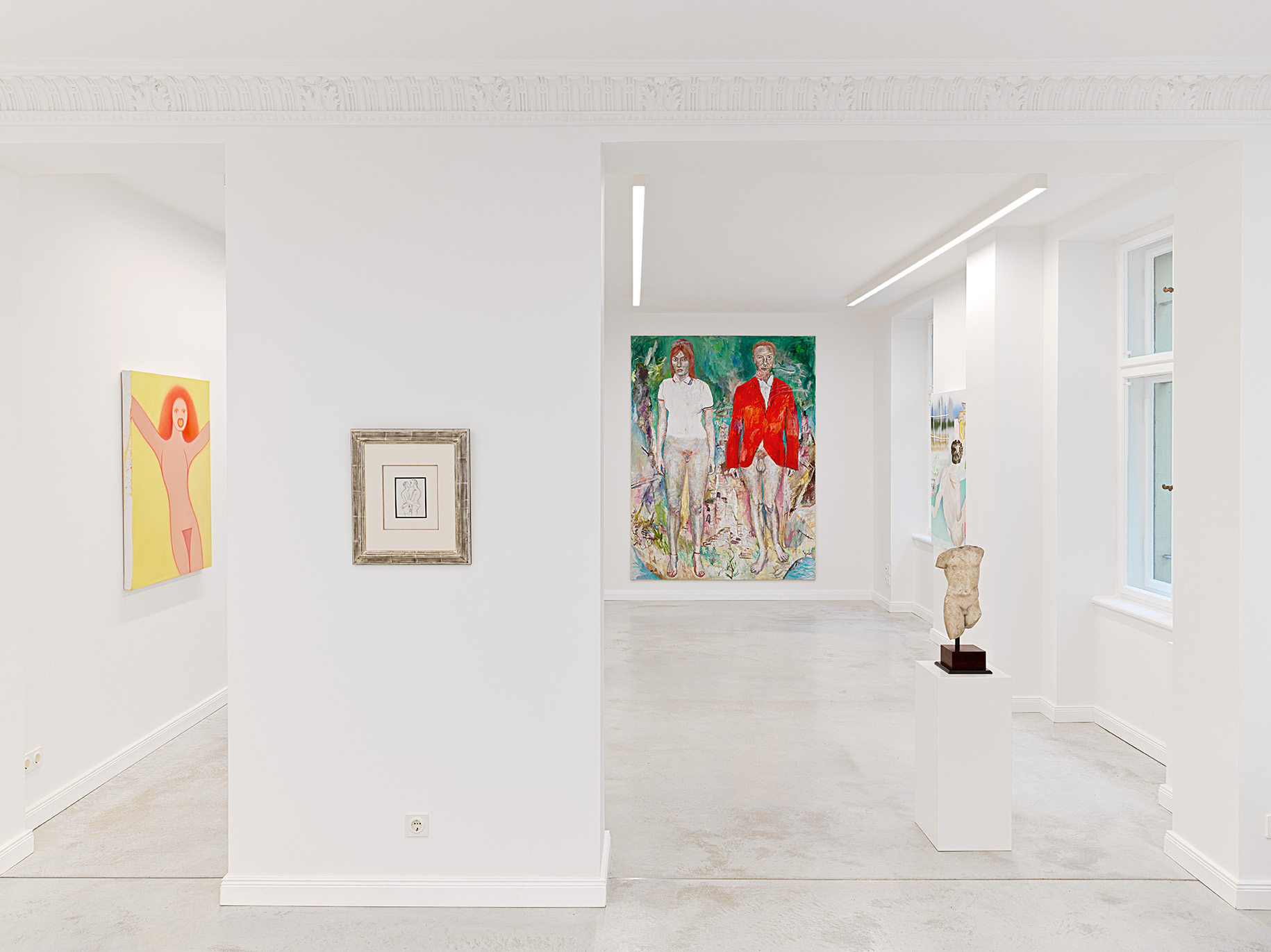 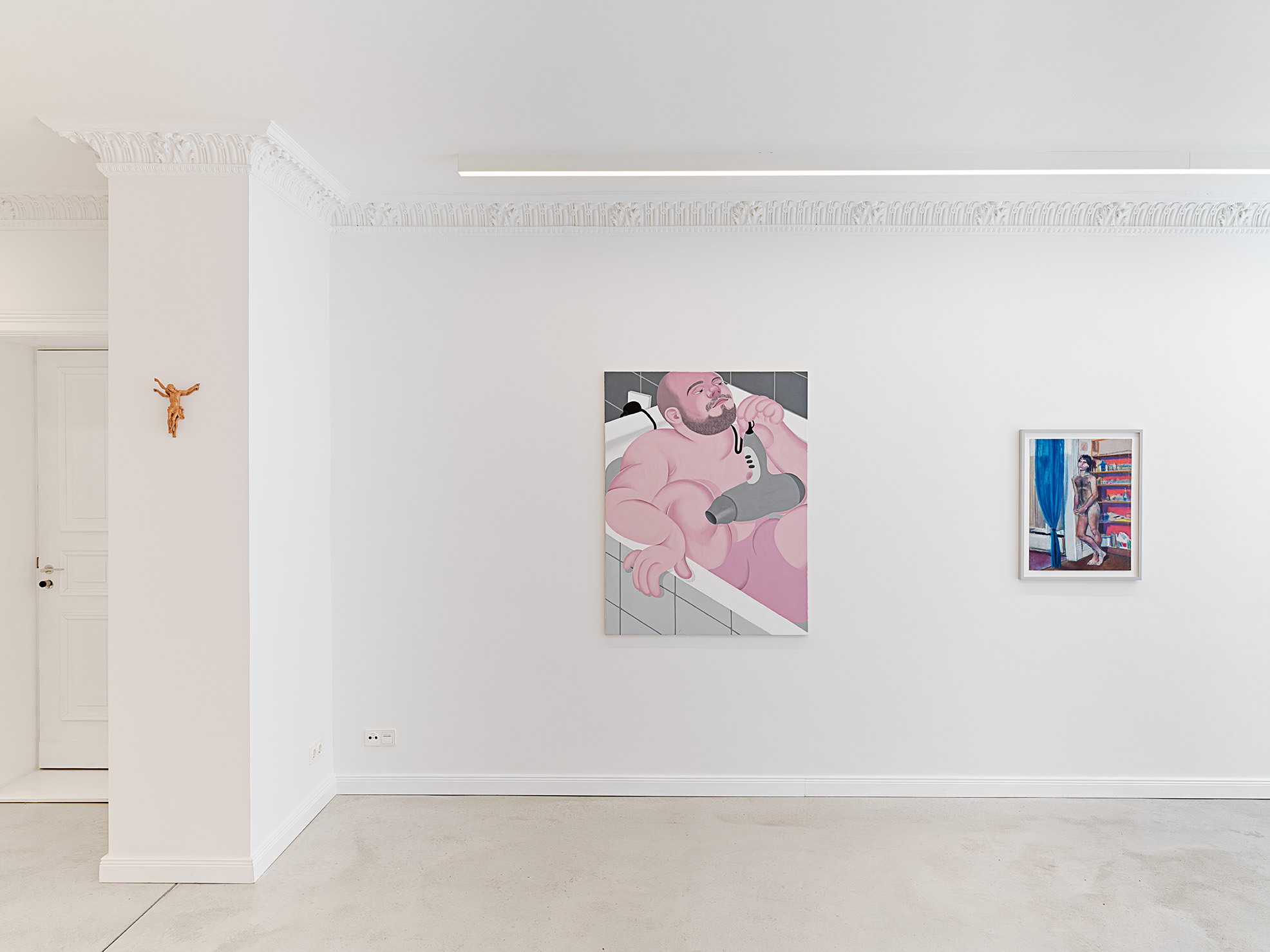 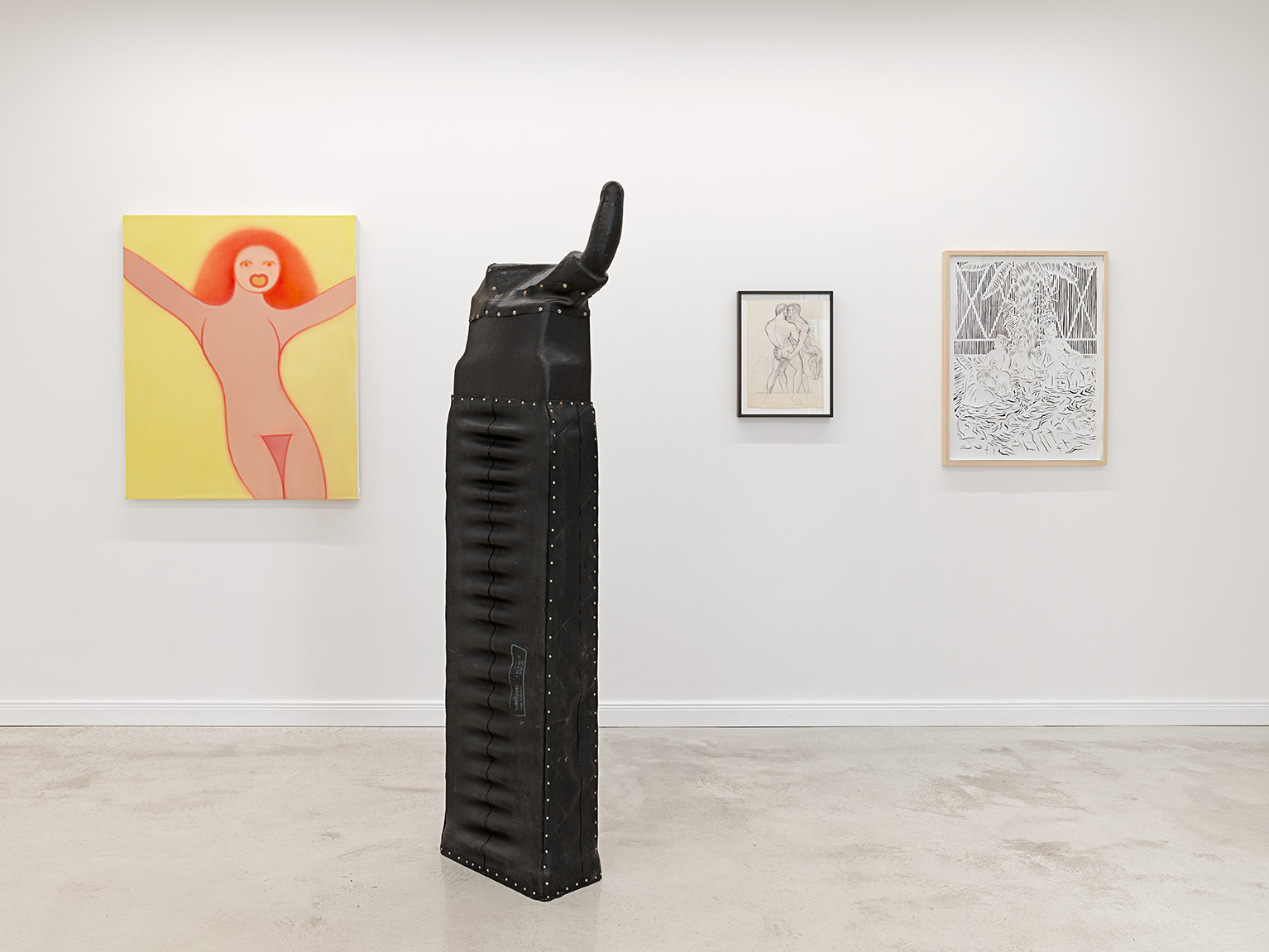 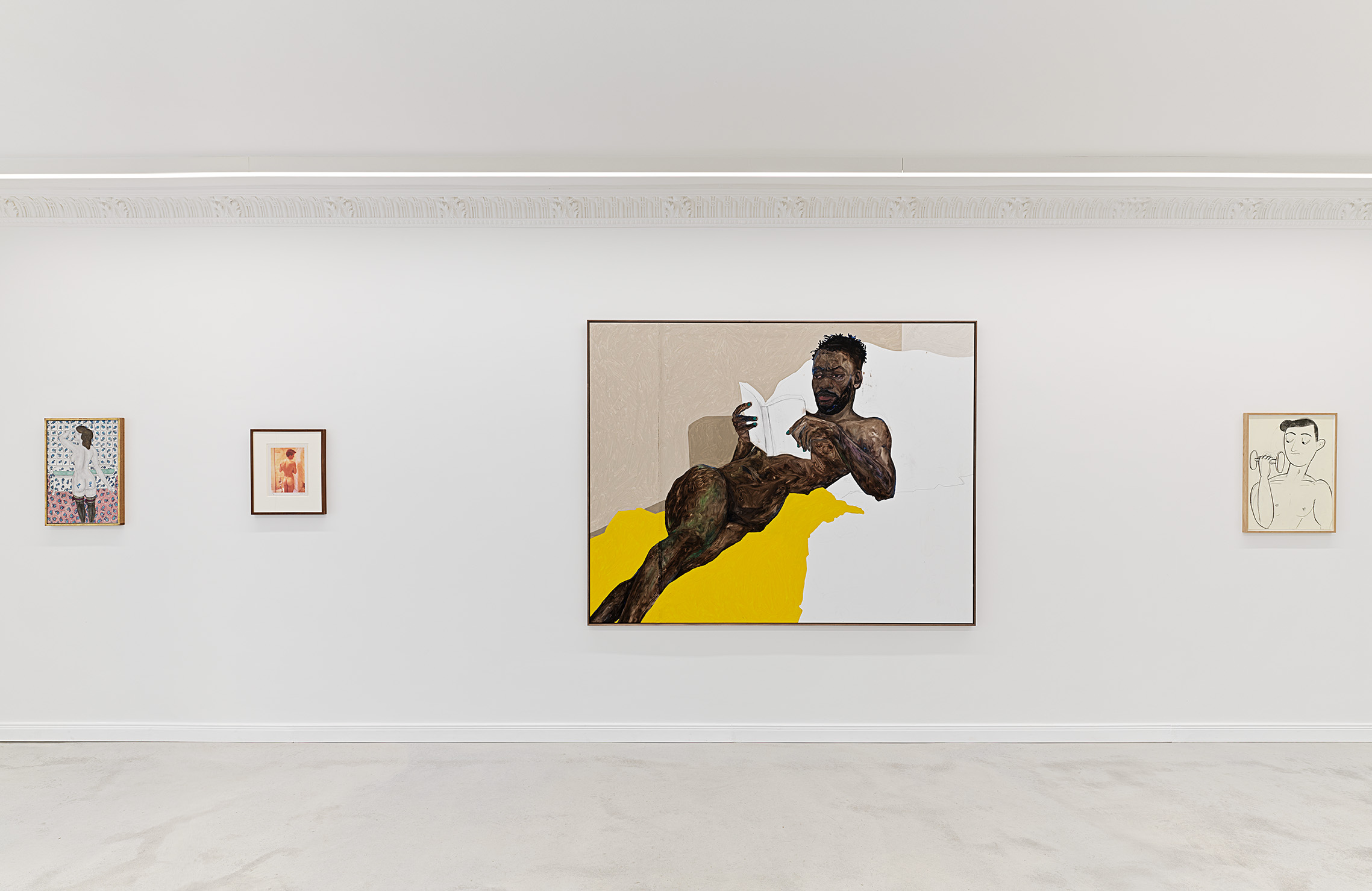 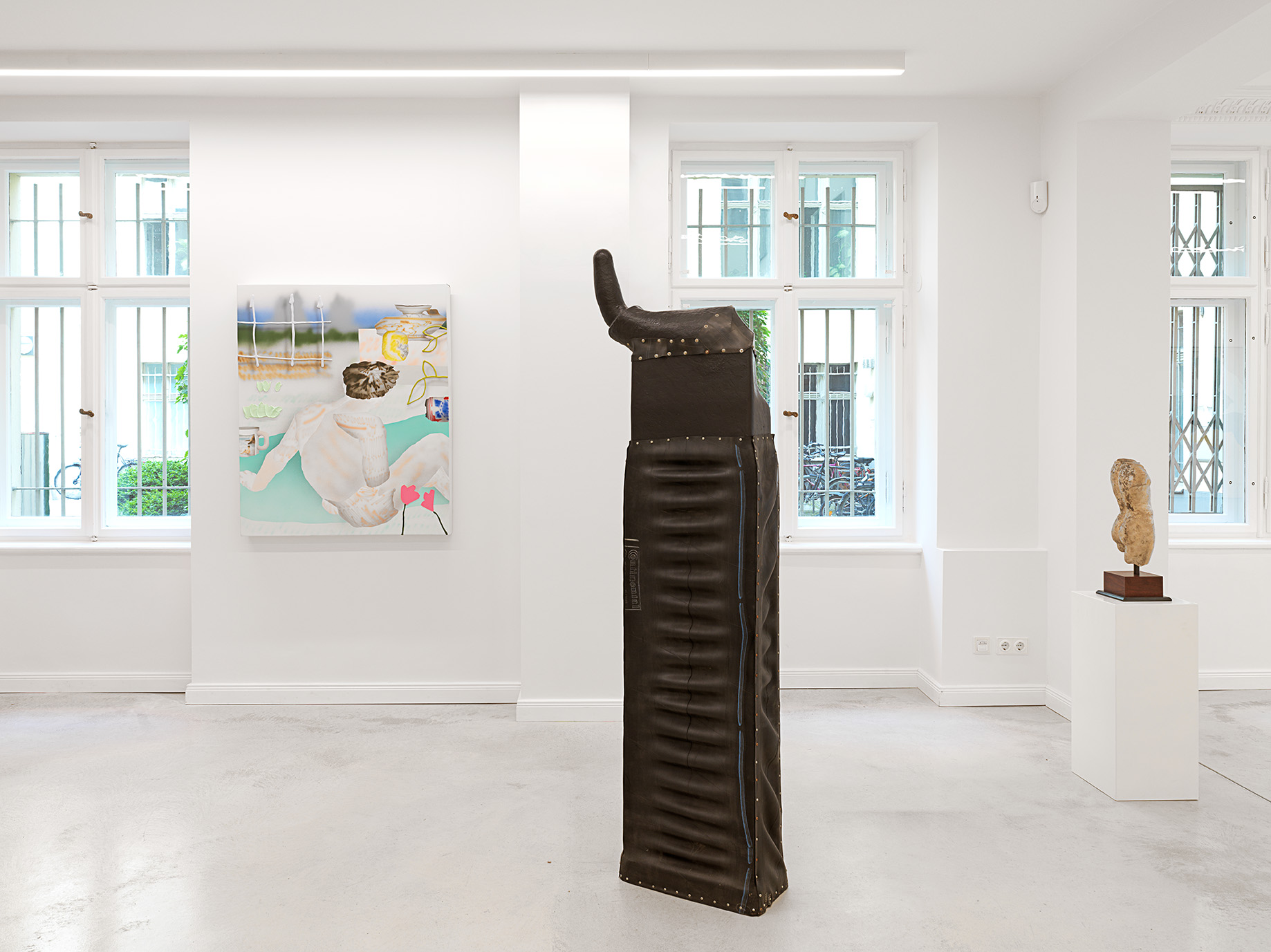 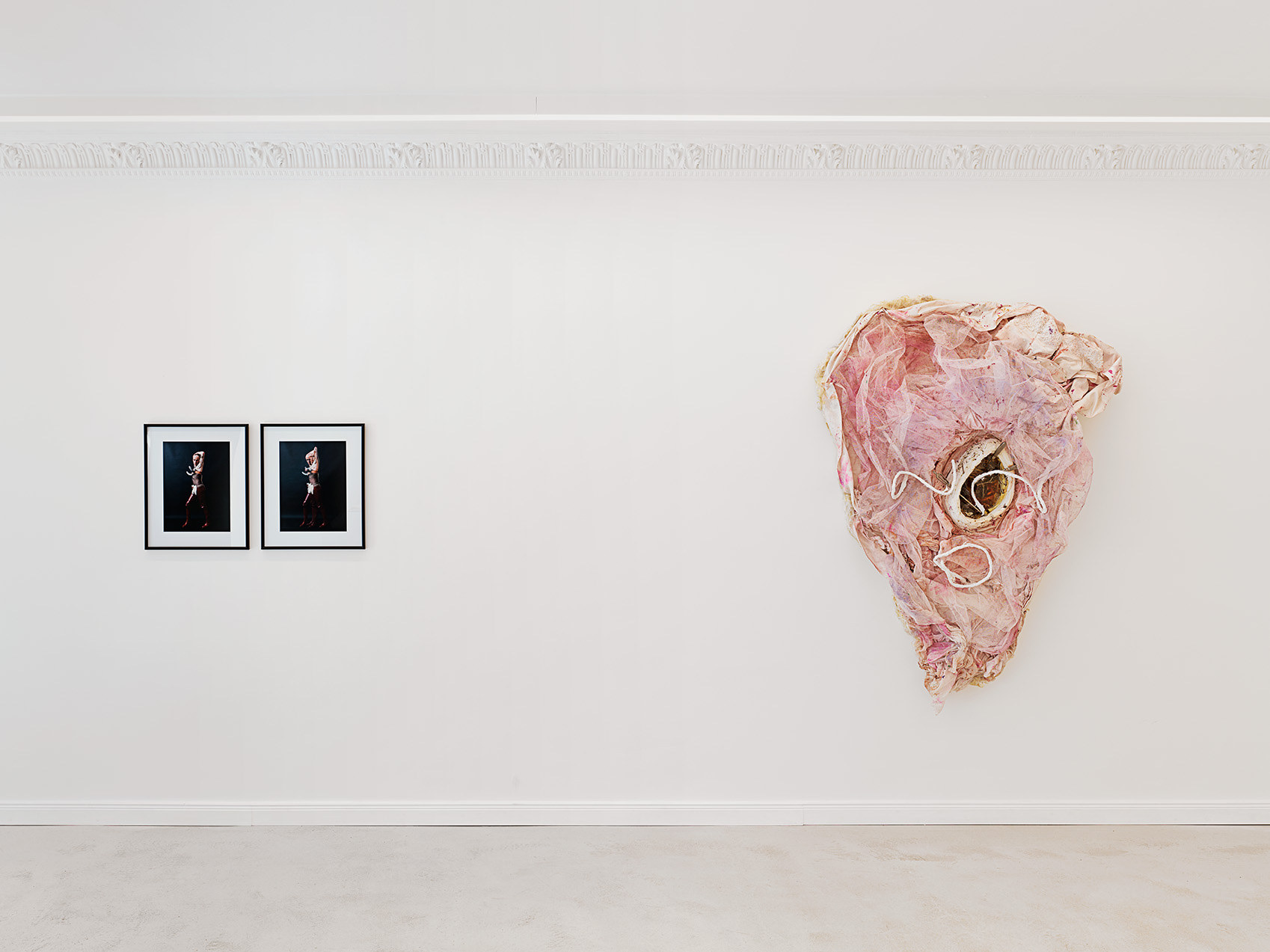 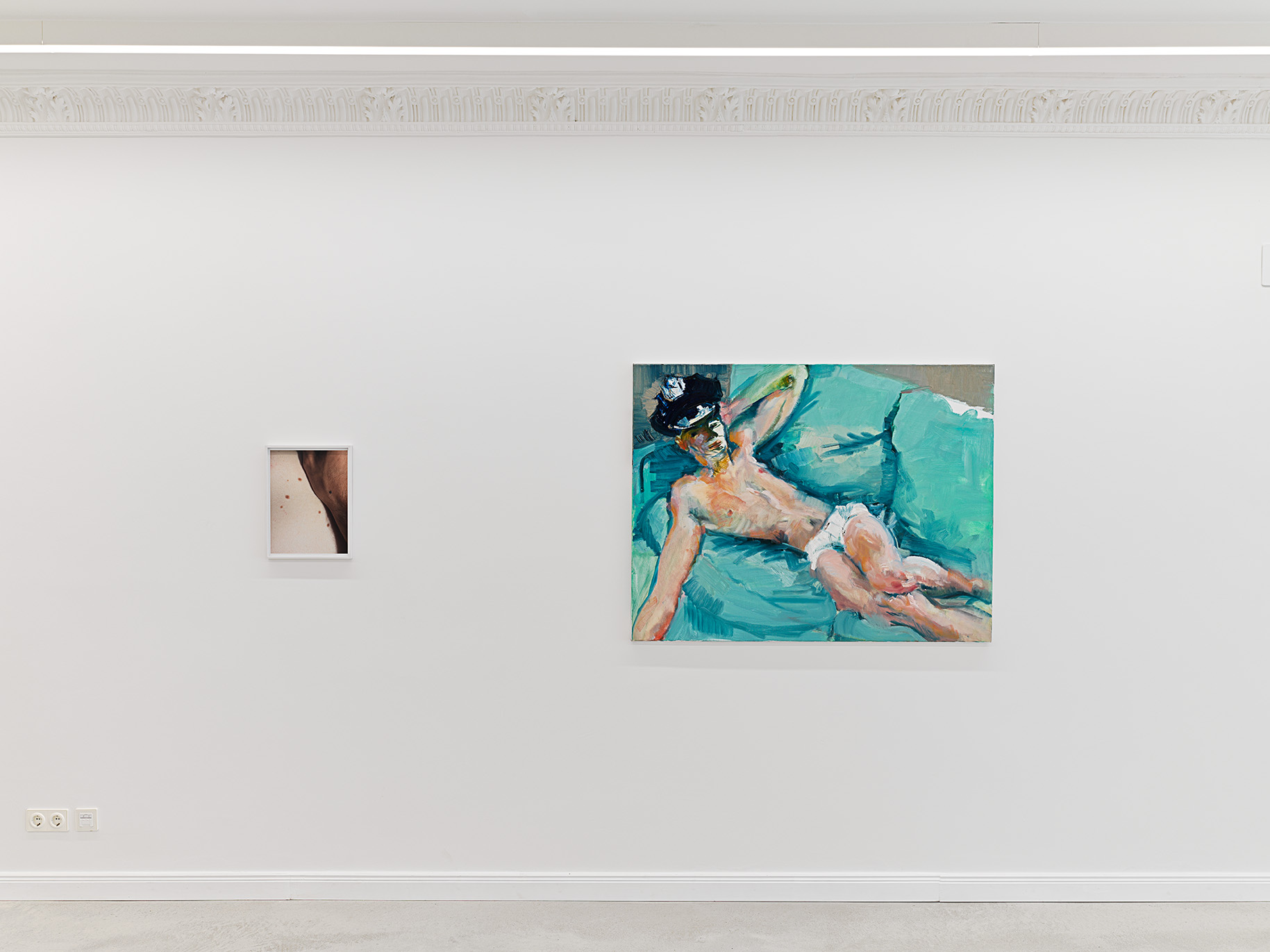 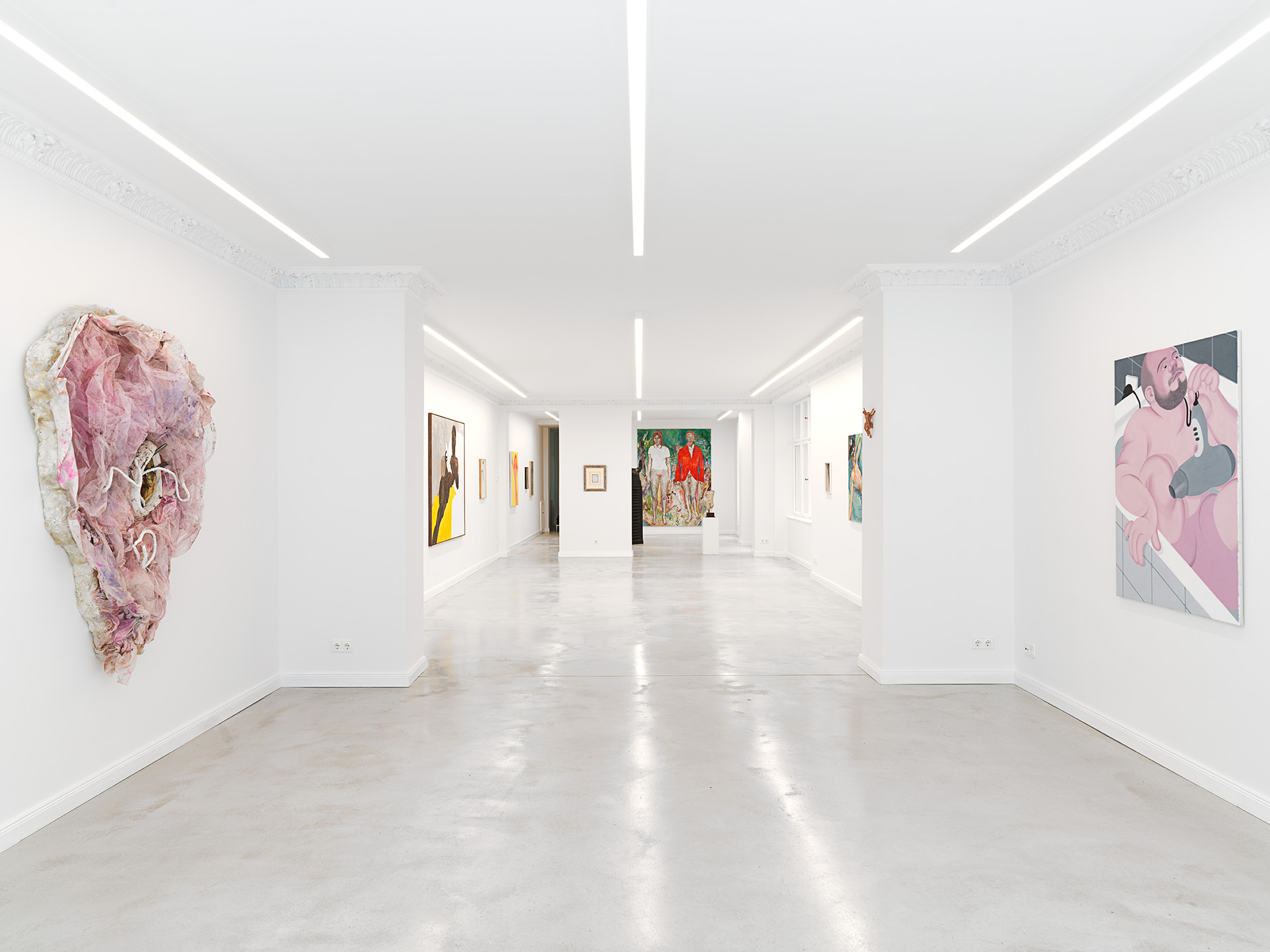 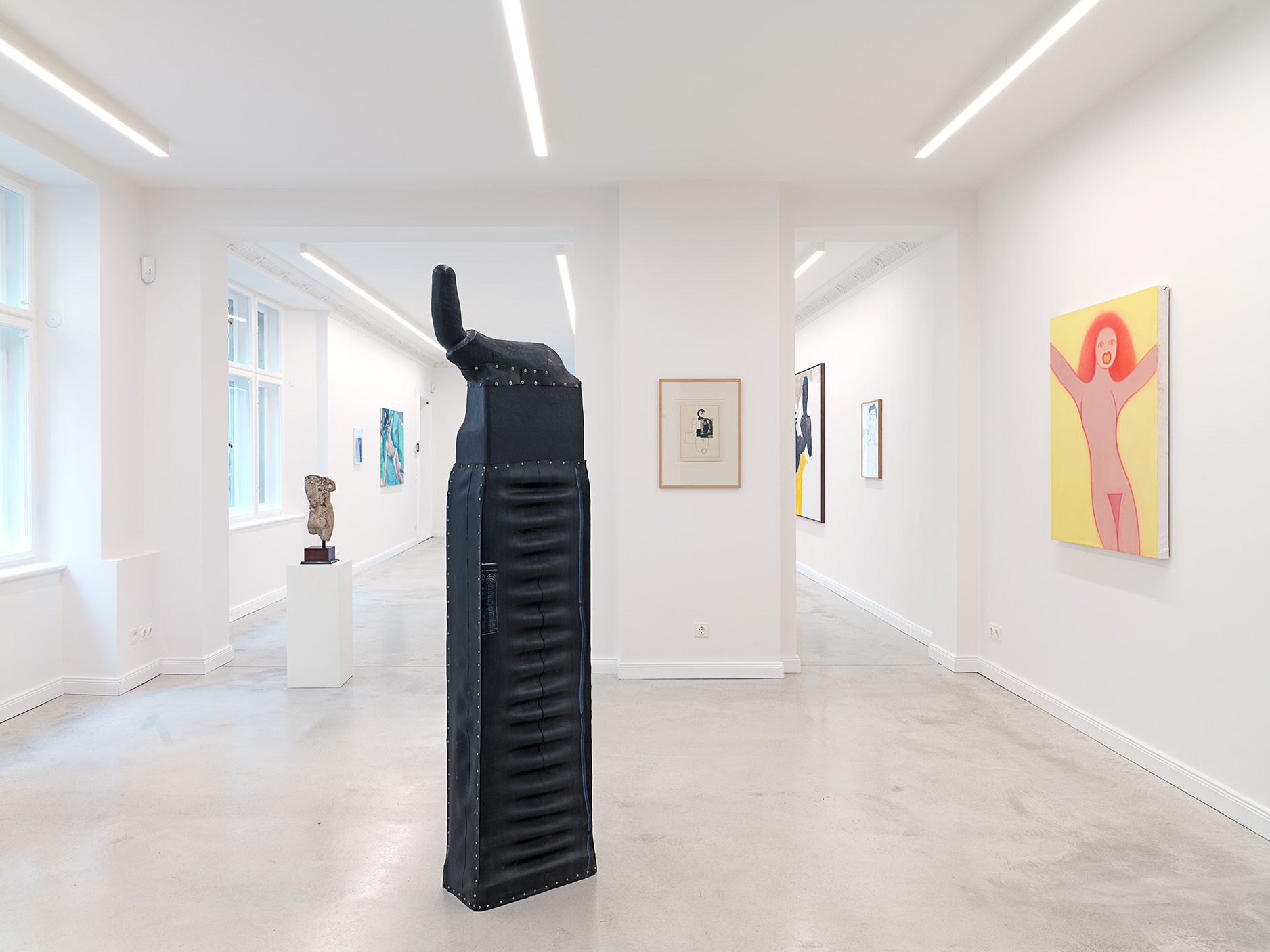 What a summer. Due to the corona pandemic, as we witness months in which bodies may become more revealing again; faces, on the other hand, have to be covered up – partially at least. Only the body and the eyes remain recognizable. In our digital present, saturated with images, the eyes prove to be the best trained muscles in the human body. Nevertheless, a hygienic presumption of innocence persists. The hands need constant washing, yet what about the iris? Nobody is cleaning it, despite everyone’s knowledge that the eyes are the most promiscuous part of our body. In this sense there couldn’t be a better moment for an exhibition of nudes than now. Touching remains complicated; looking, however, is pretty safe.

Though the contemporary may predominate in “Touch Me”, the Miettinen Collection offers nudes from several epochs. That is how it should be, since those who exhibit nudes must be aware that the representation of some naked bodies and the absence of others form a conscious decision. Western art history derives its ideal body image directly from Greek statues. As with Modern-day mask wearers, the identity of 1st century torsos, who are missing their head, also remains a mystery. Are we dealing with a Dionysus or an Apollo? Those who are looking at these antiques in the summer of Black Lives Matter, not only recognize mythical creatures in them, but also the European will to Whiteness, an ideologeme that, despite the irrefutable remains of ancient paint, can hardly be challenged. The gods were colorful,  yet the bodies represented in art have long been predominantly white. Only now, at the beginning of the 21st century, is the nude gradually rescued from this dead-end. The young artist Amoako Boafo paints a black man, lying with crossed legs, resting on a type of divan, while reading a book. He is everything that the stereotype of black men in white societies doesn’t account for: introverted and erotic, without being offensive; his long, draped body is reminiscent of a figure from Ingres.

Naked bodies are political. That the “Bloody Mary” of Mari Sunna is menstruating, for example, is a statement. Aviva Silverman’s Jesus protectively positions himself in front of a figure in his likeness (“Brotherhood begins in shared pain“). Finally there is the scrawly, apparently hastily sketched nude, with a surprising signature: Francis Picabia. This famous artist of the 20th century, known as a gambler, whose oeuvre is difficult to grasp, was a playboy, who started as an impressionist, was later counted among the dadaists and who, from the mid 1920s on preferred to live in a castle in the Côte d’Azur, instead of in Paris. During the Second World War, the south of France was controlled by Nazi collaborators. Stout, sun-drenched female figures, in the manner of a Leni Riefenstahl film, dominate Picabia’s works from this period. They should in fact be read as a mockery of NS aesthetics, with one difference: nude male figures are less frequent in Picabia’s work than in Leni Riefenstahl’s. All the more surprising is the small format drawing from the years 1925-1927, which came to the Miettinen Collection through the family of Marcel Broodthaers. In quickly sketched lines thrown onto paper, it portrays two naked men kissing and holding hands. The piece has something touchingly clandestine and must have been made during a time in which the depicted intimate act could have potentially ended in death, or was at least considered a taboo. Did Picabia, the womanizer, have a homoerotic streak? Or was he simply fascinated by the subject? Did he think of gay men as quaint? Did their outsider status remind him of members of the avant-garde?

How tricky and ambivalent the representation of naked bodies can be! The notion of the ‘naked truth’ is truly duplicitous. Nudity obscures and obliterates, discloses, attracts and rejects. The nude is the oldest artistic genre and the most enigmatic at that. To this very day it awkwardly bridges high art and jerk-off material. What exactly is the difference between David Hockney’s photograph of “peter showering” and Bel Ami? Or that of a Tom of Finland drawing and gay pornography? The strange thing is that a work can be both at the same time: a source of erotic stimulation and a work of art. Precisely in its ambivalence lies the strength of the nude. A nude is always physical, as are bodies, ever unpredictable. No one is a master of their own biology, one’s reaction to the nudity of others is not consciously controllable. Entire scientific disciplines thrive on that assumption, taking us back once again to the supposed innocence of the eyes and their gaze (an innocence that does not exist).

Francis Picabia’s nudes from the war period were based on reference material: French erotic magazines. The bodies originated from the corner shop, not from distant Greece. In his time his paintings were an early act of appropriation of mass culture, so early in fact that it was unheard of, even for a dadaist. One of the buyers of his nudes was an Algerian merchant, who sold the paintings to bordellos in North Africa. Avant-garde art, based on pin-up magazines, was now shown in soldiers’ brothels. A turn of events that Picabia must have enjoyed, and that one can interpret as both the degradation and emancipation of his paintings. The neo-existentialism of Markus Lüpertz (“Heiliger Sebastian”, 1987) led back to figurative painting and back to the nude, a movement that also stands for the oeuvre of Rainer Fetting (“Cop relaxing, Sebastian”, 2004). Jürgen Klauke’s photography from the 1970s reminds us that the dressed body may be considerably more transgressive than the naked one. The mask not only clothes the face, it fetishizes the body. And today?

Nudes are constantly available on our screens, where we optimize and assemble them virtually, in ways that Willi Baumeister could not have dreamt of, while working on “Boxer”, his collage from 1928. Brandon Lipchik’s (*1993) canvases begin in the absence of the physical: in the digital. The American, who grew up with computer games and design software, uses airbrush techniques to create a seductive space, devoid of anything ‘real’. Still, “Overlooking Faraglioni” has a strong effect: the work is playful, sexy and excitingly cold. Just like this summer, with masks, soap and unwashed eyes.