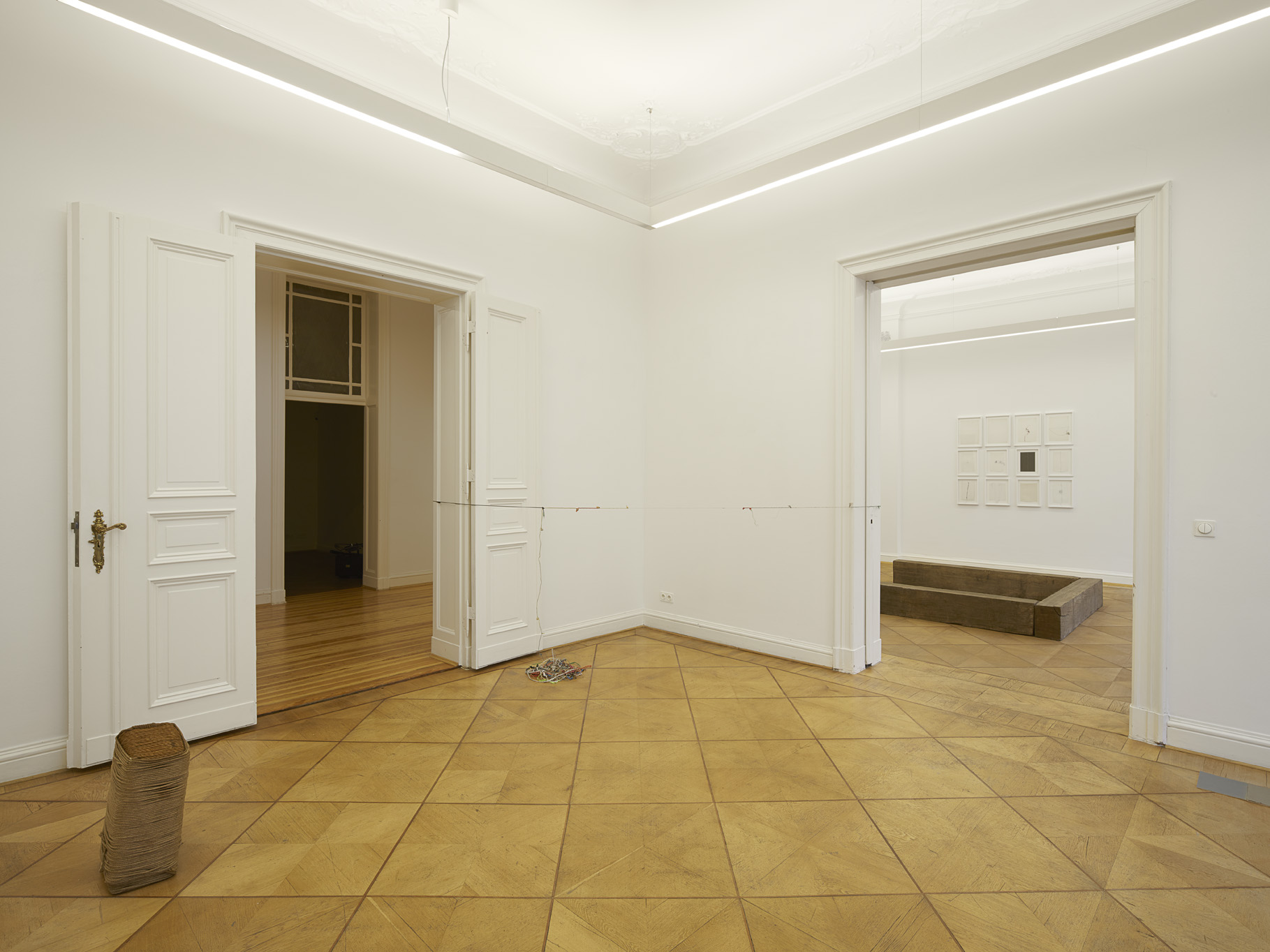 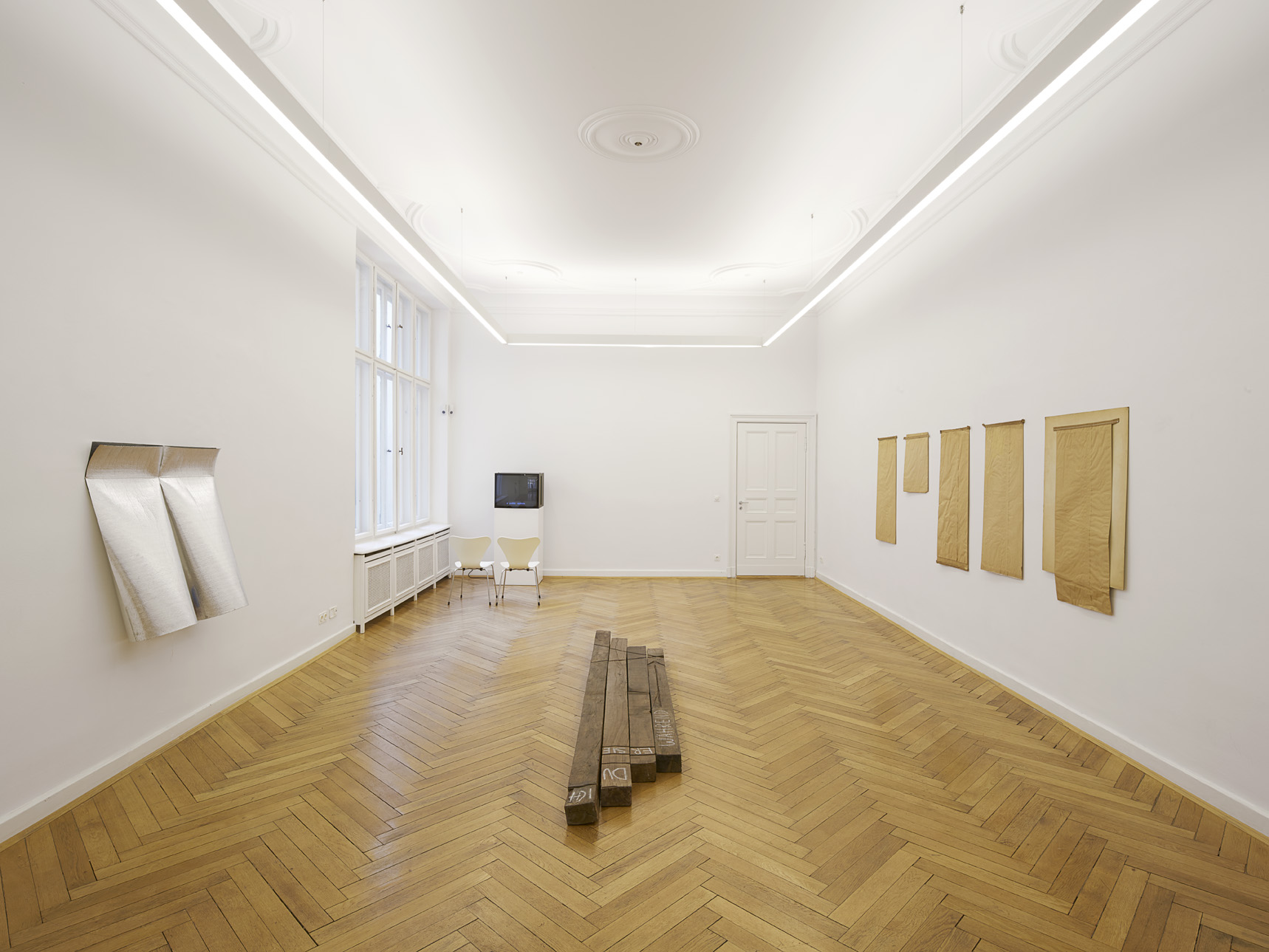 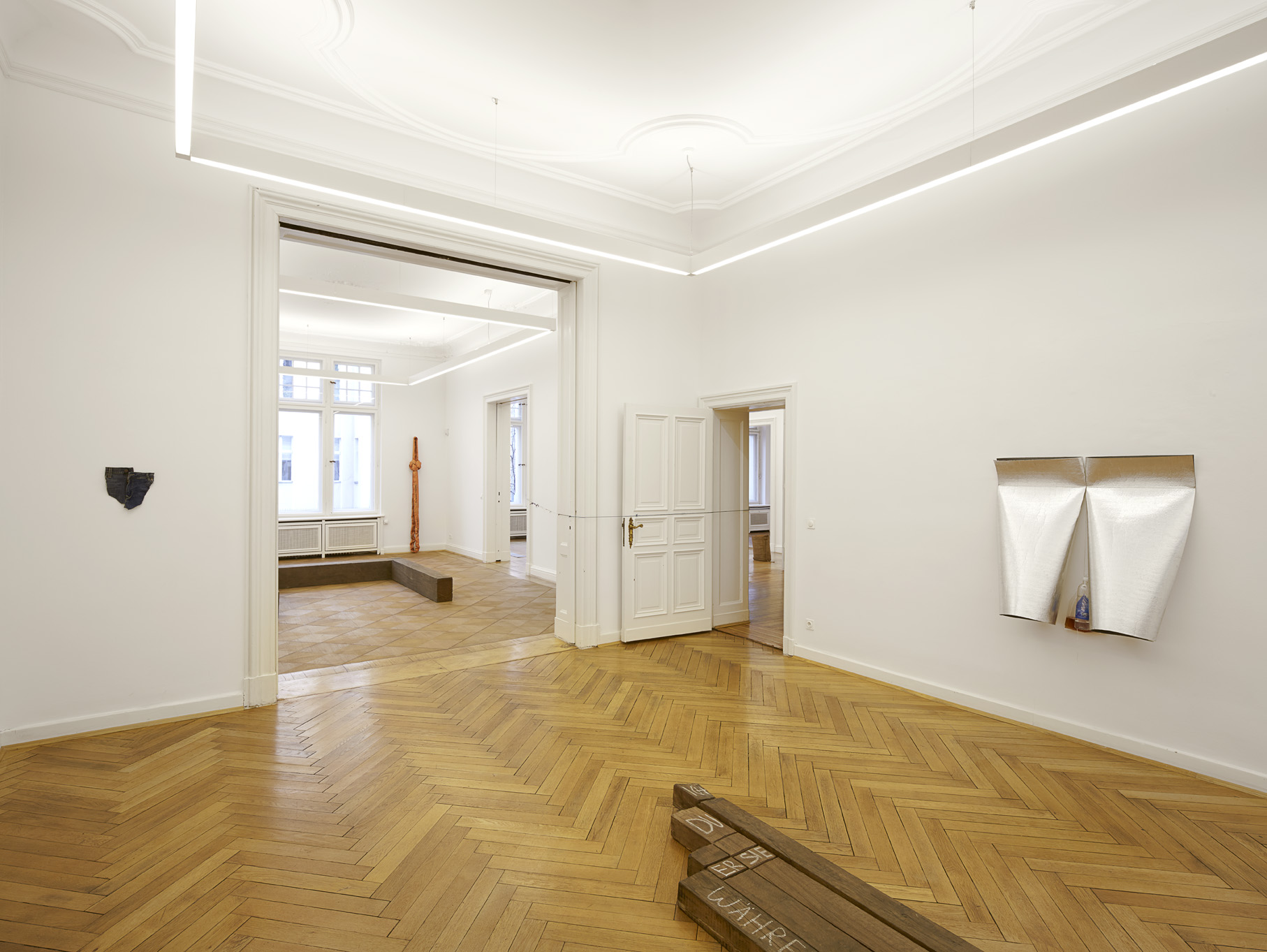 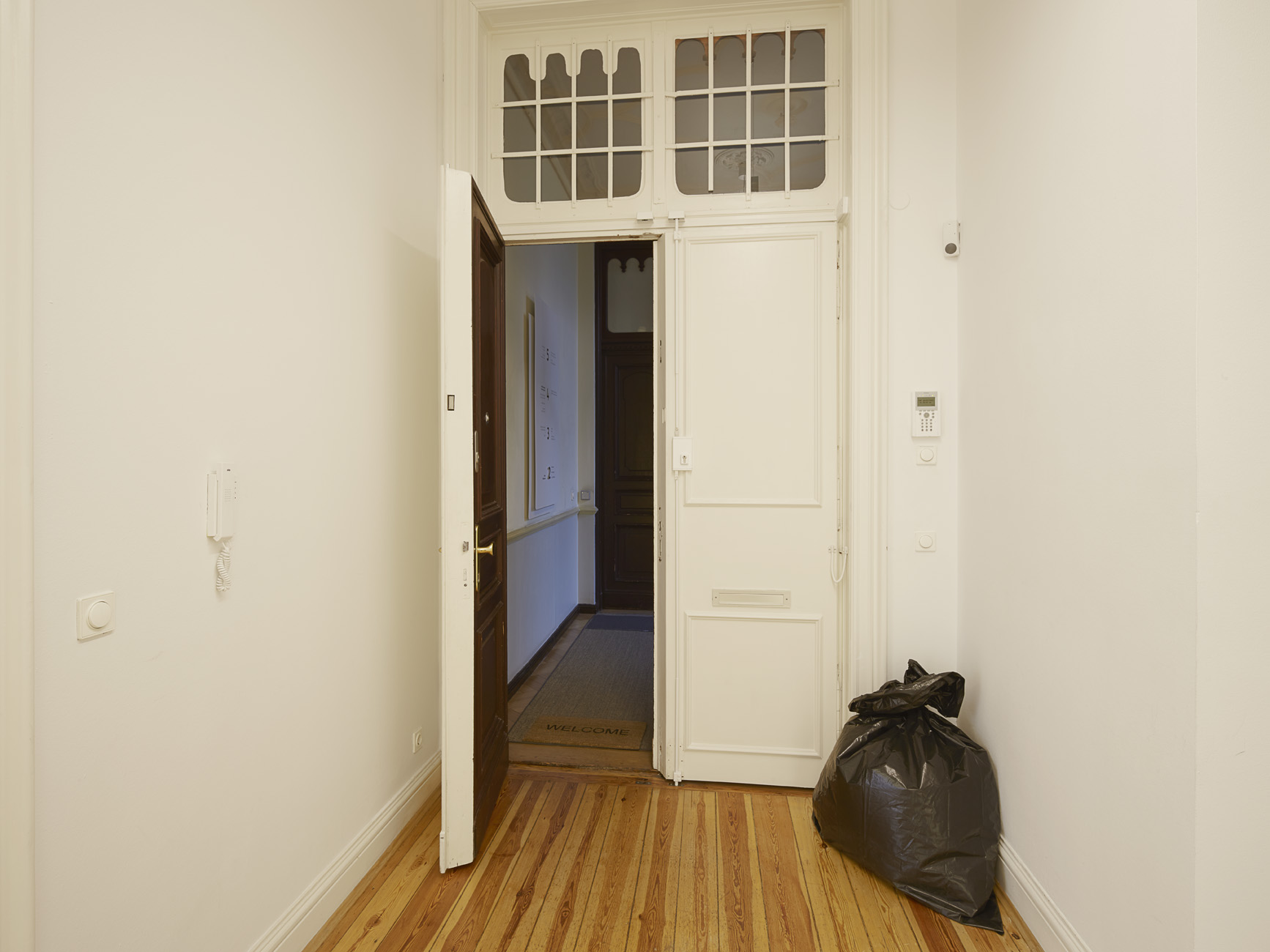 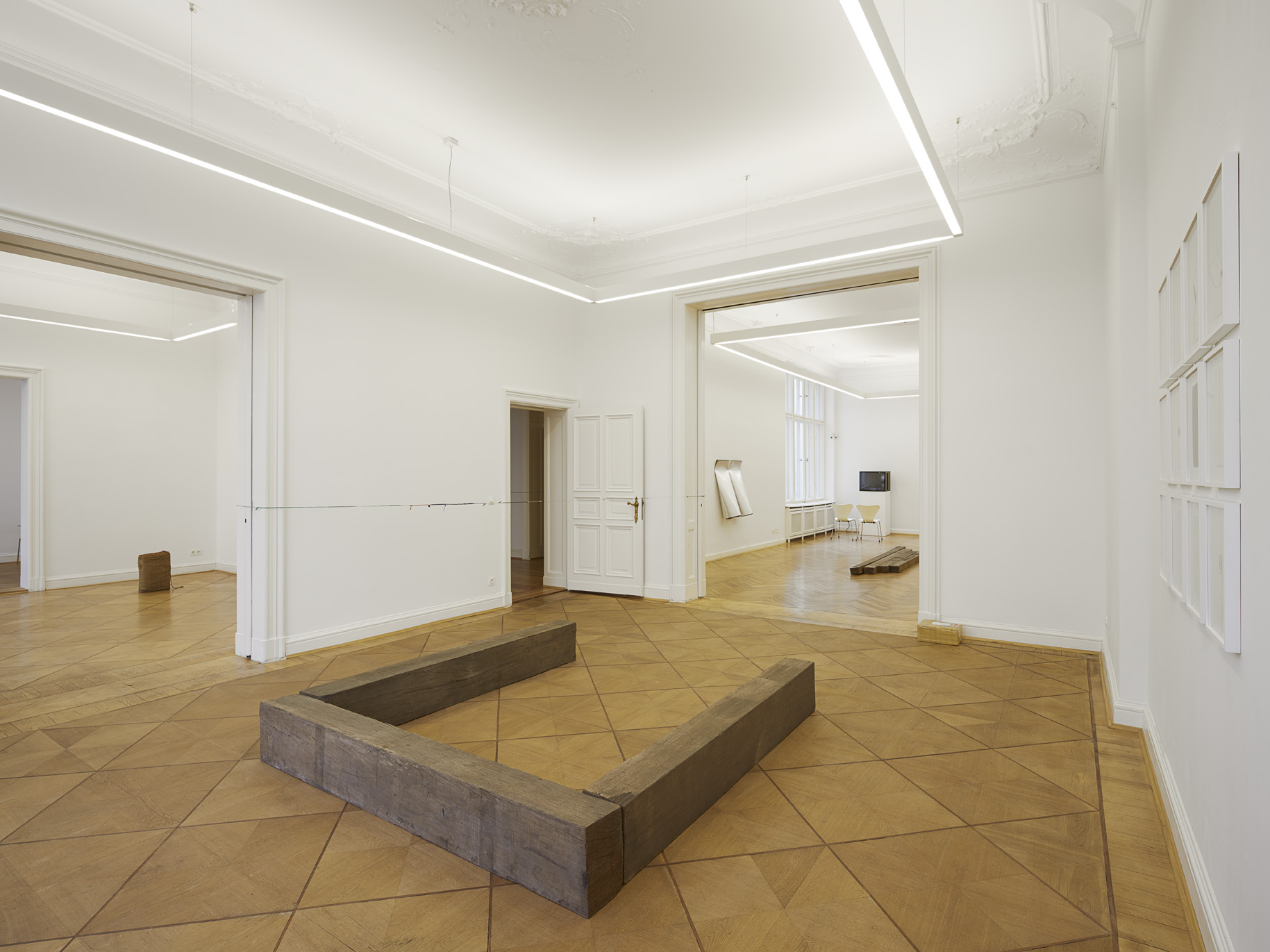 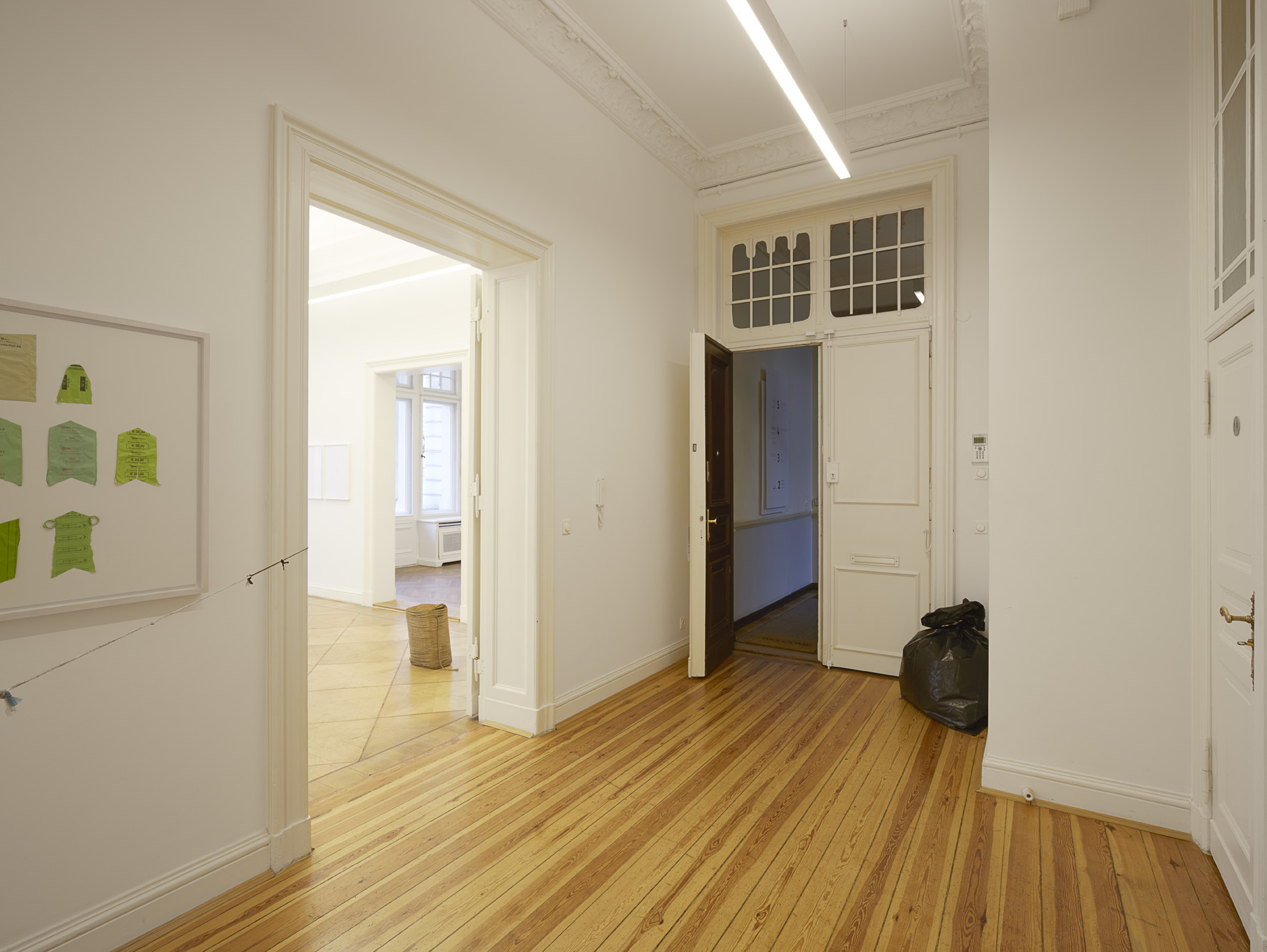 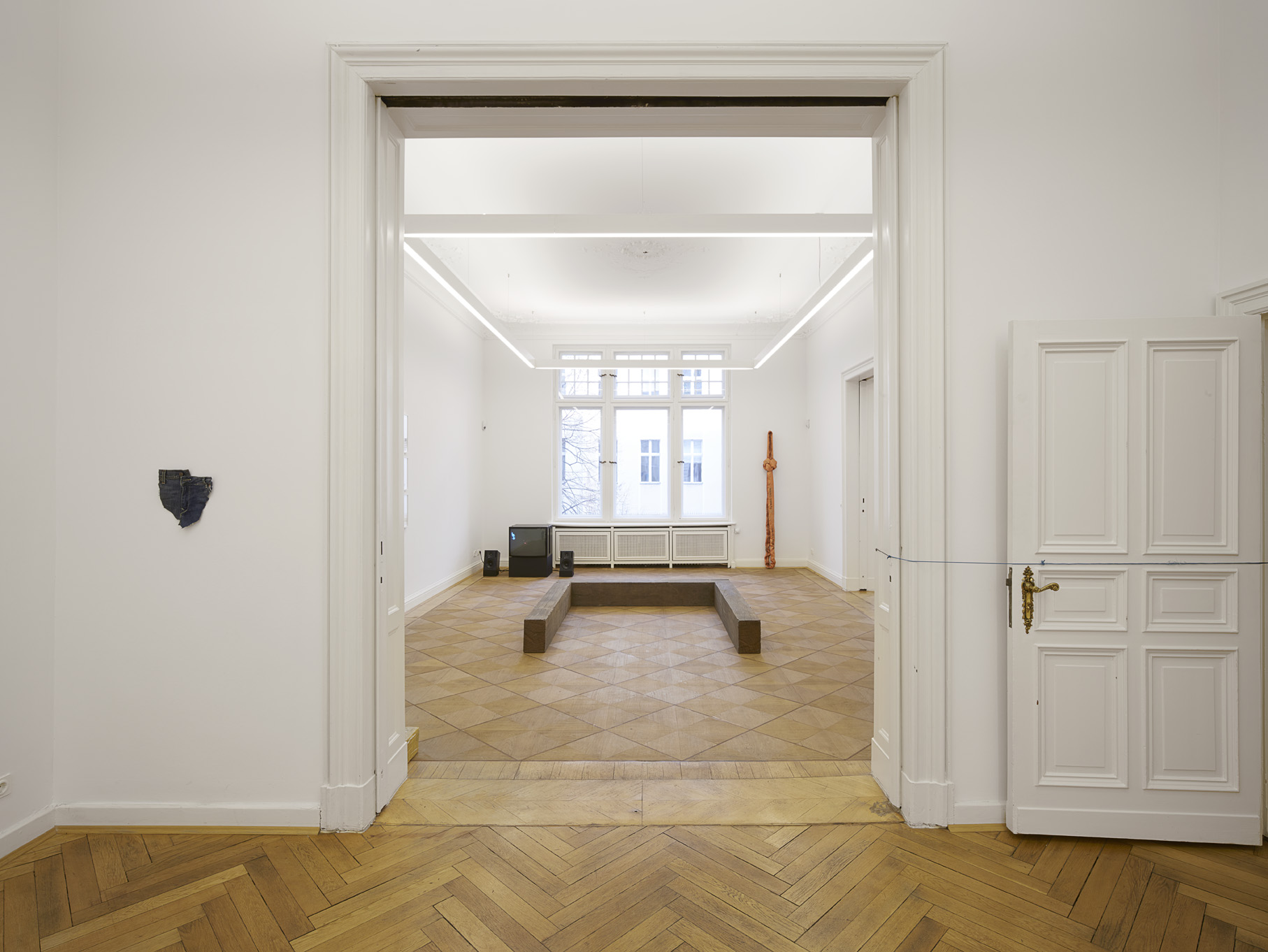 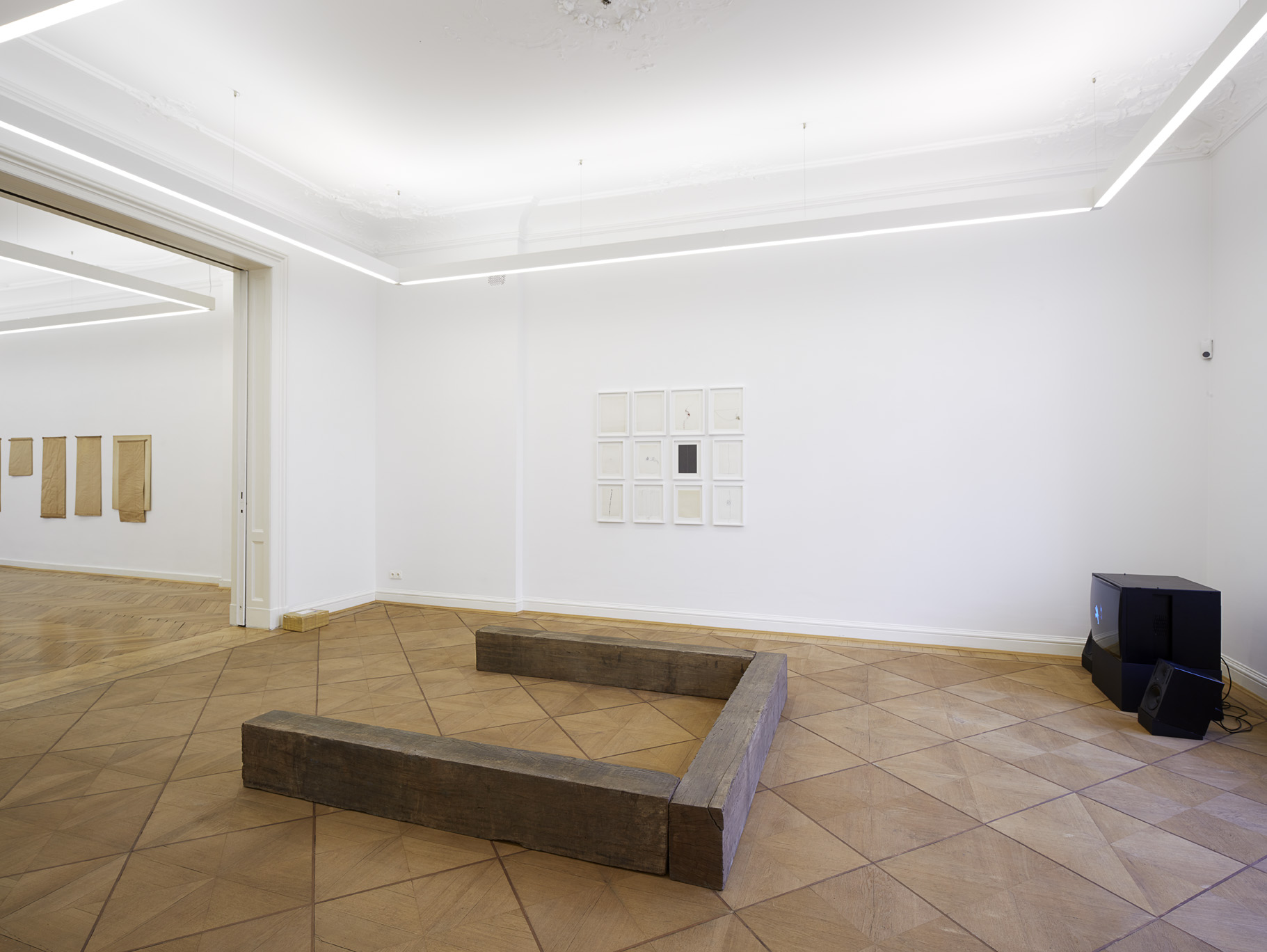 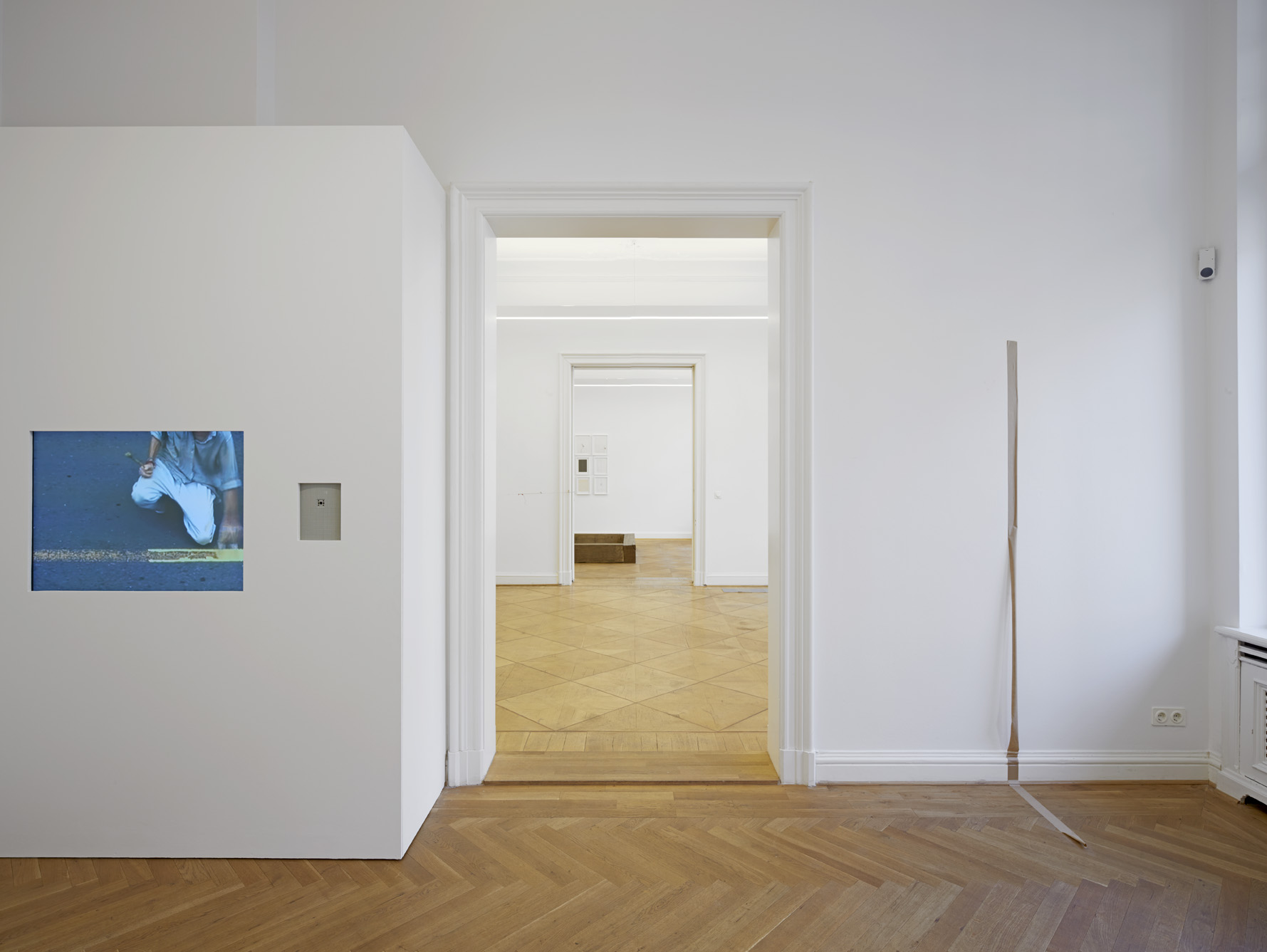 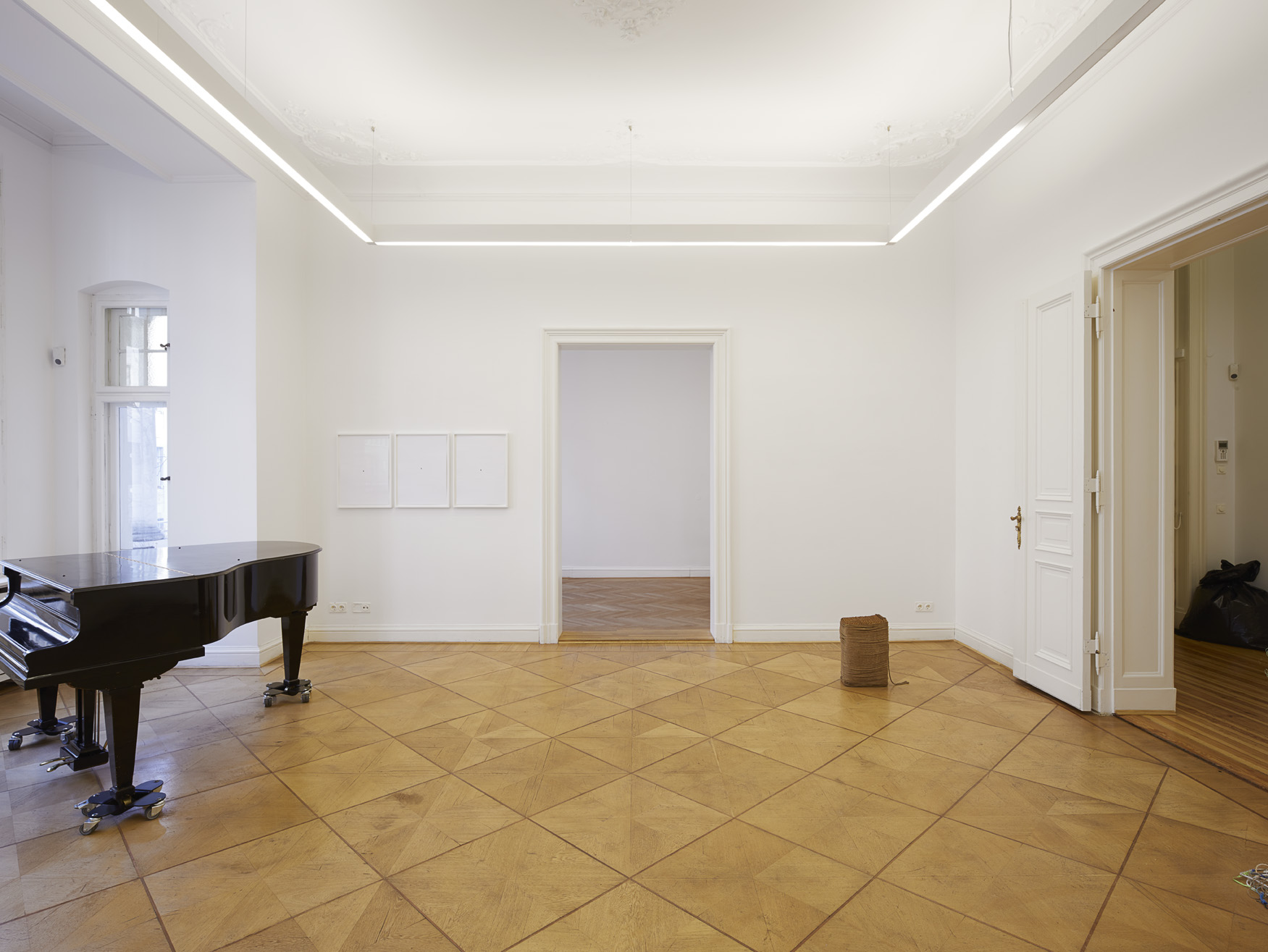 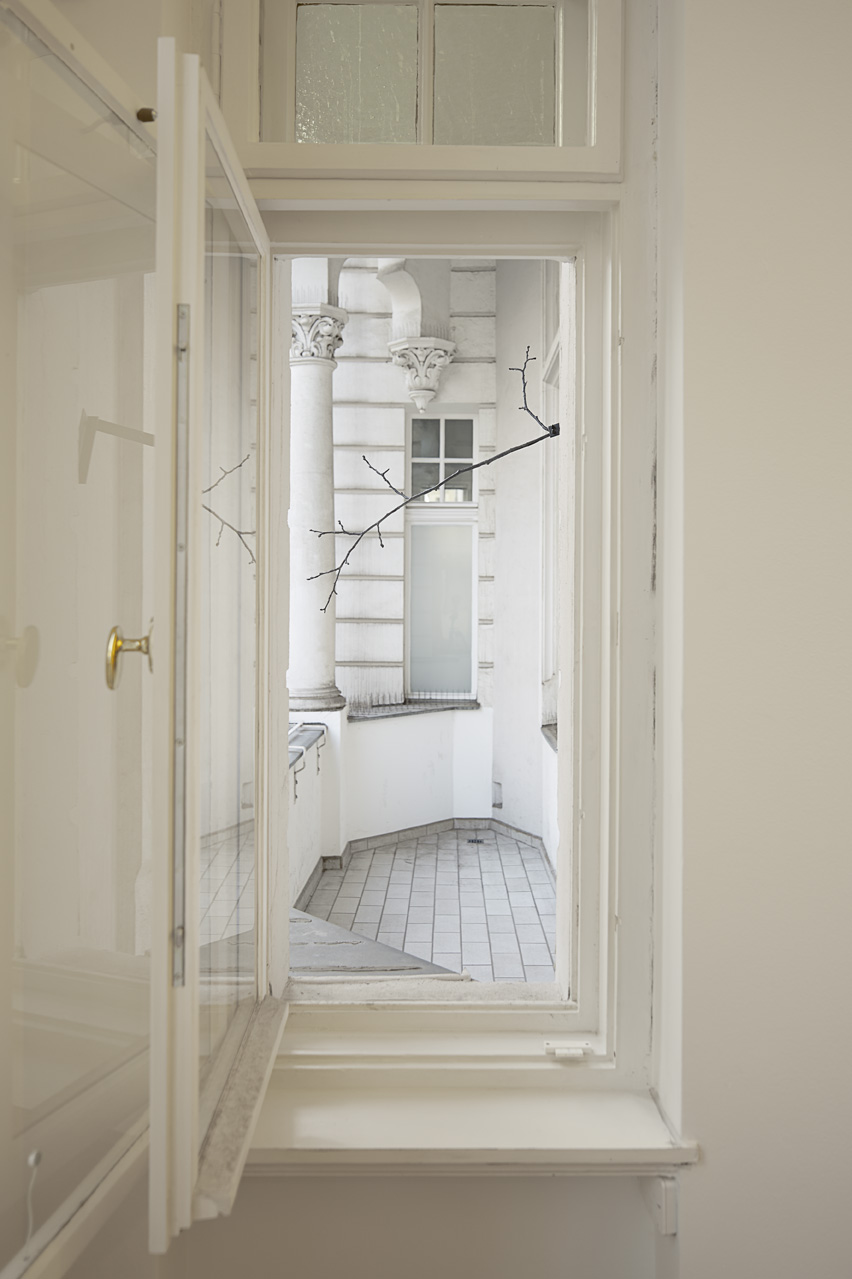 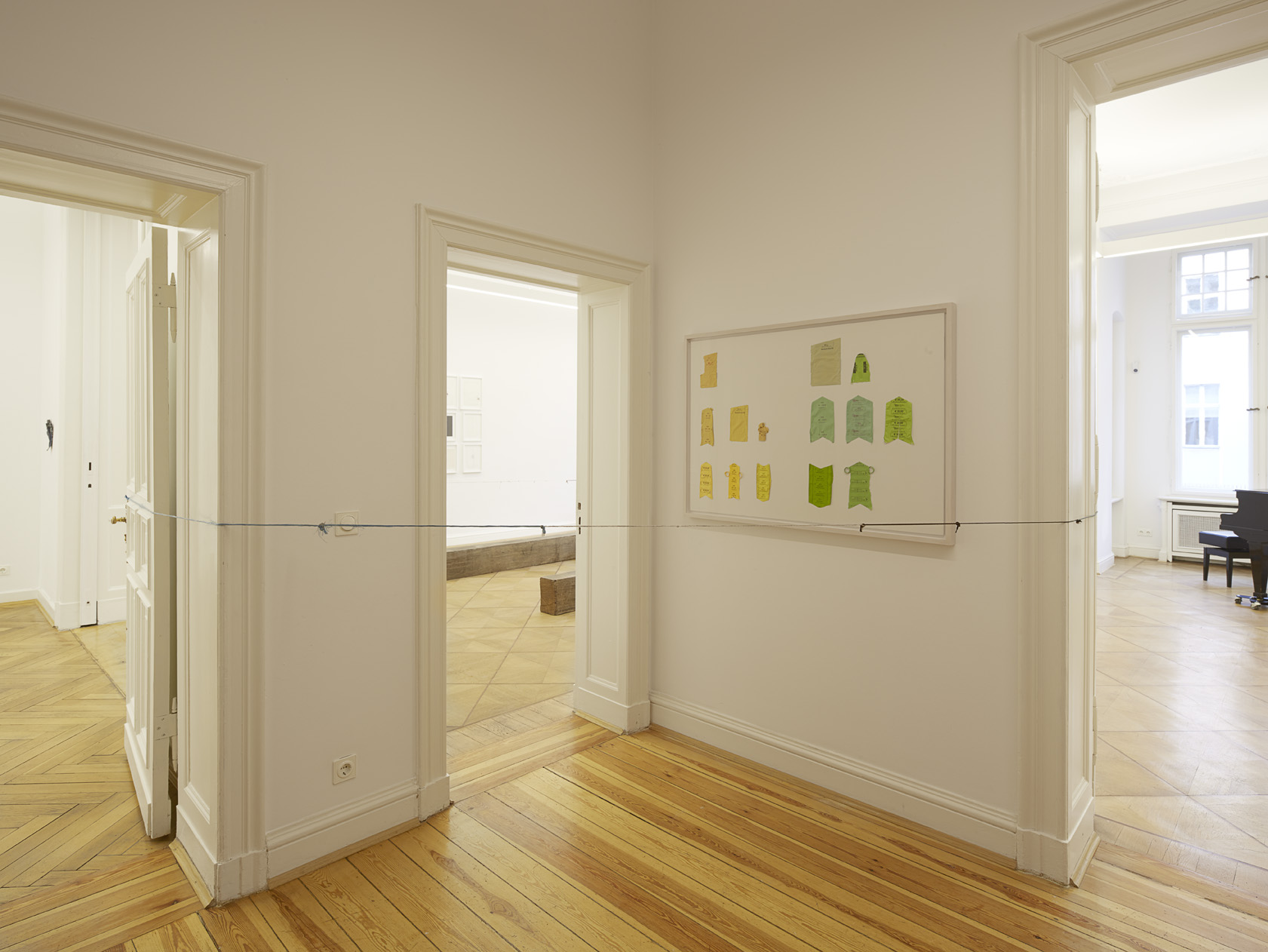 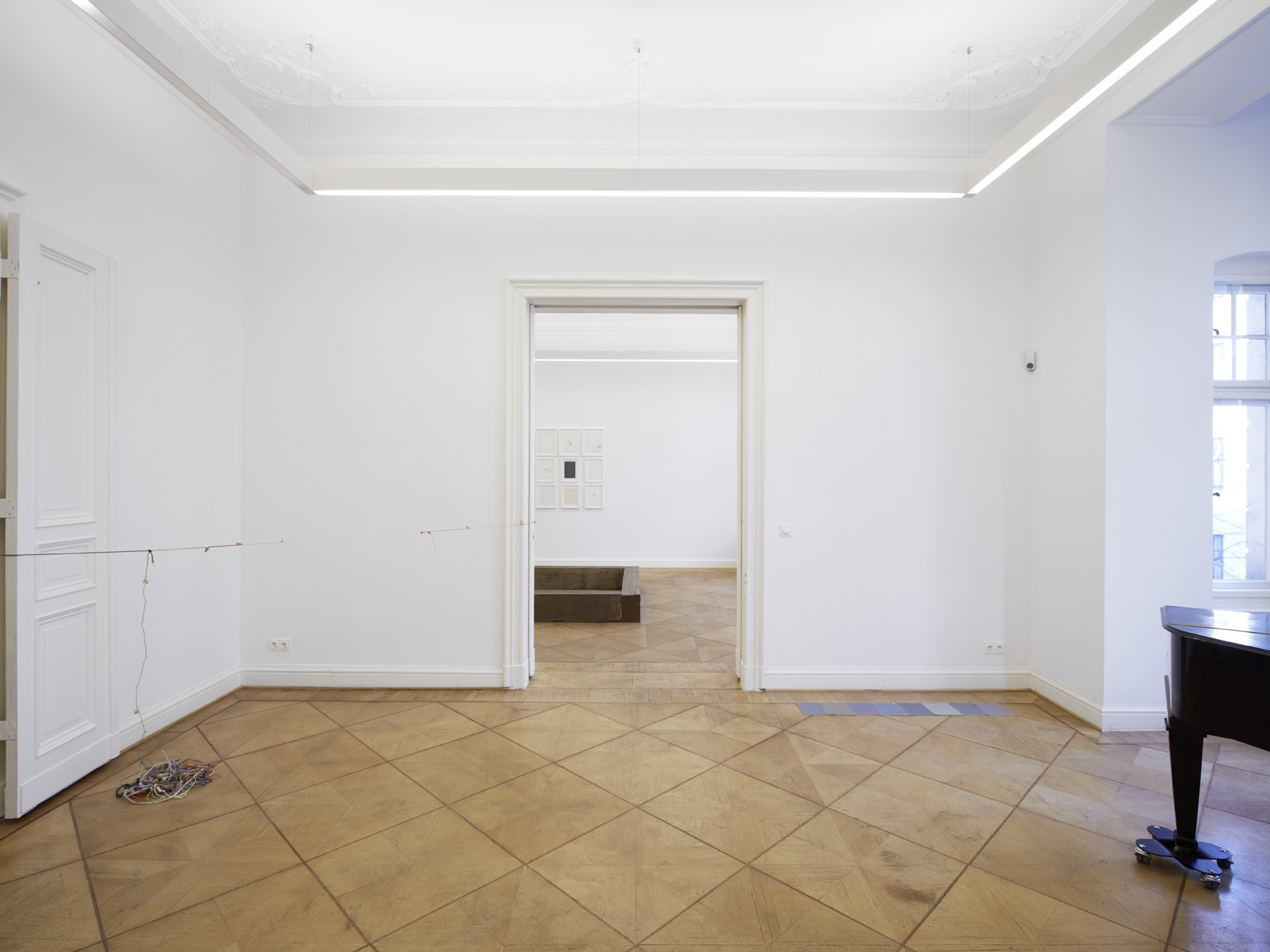 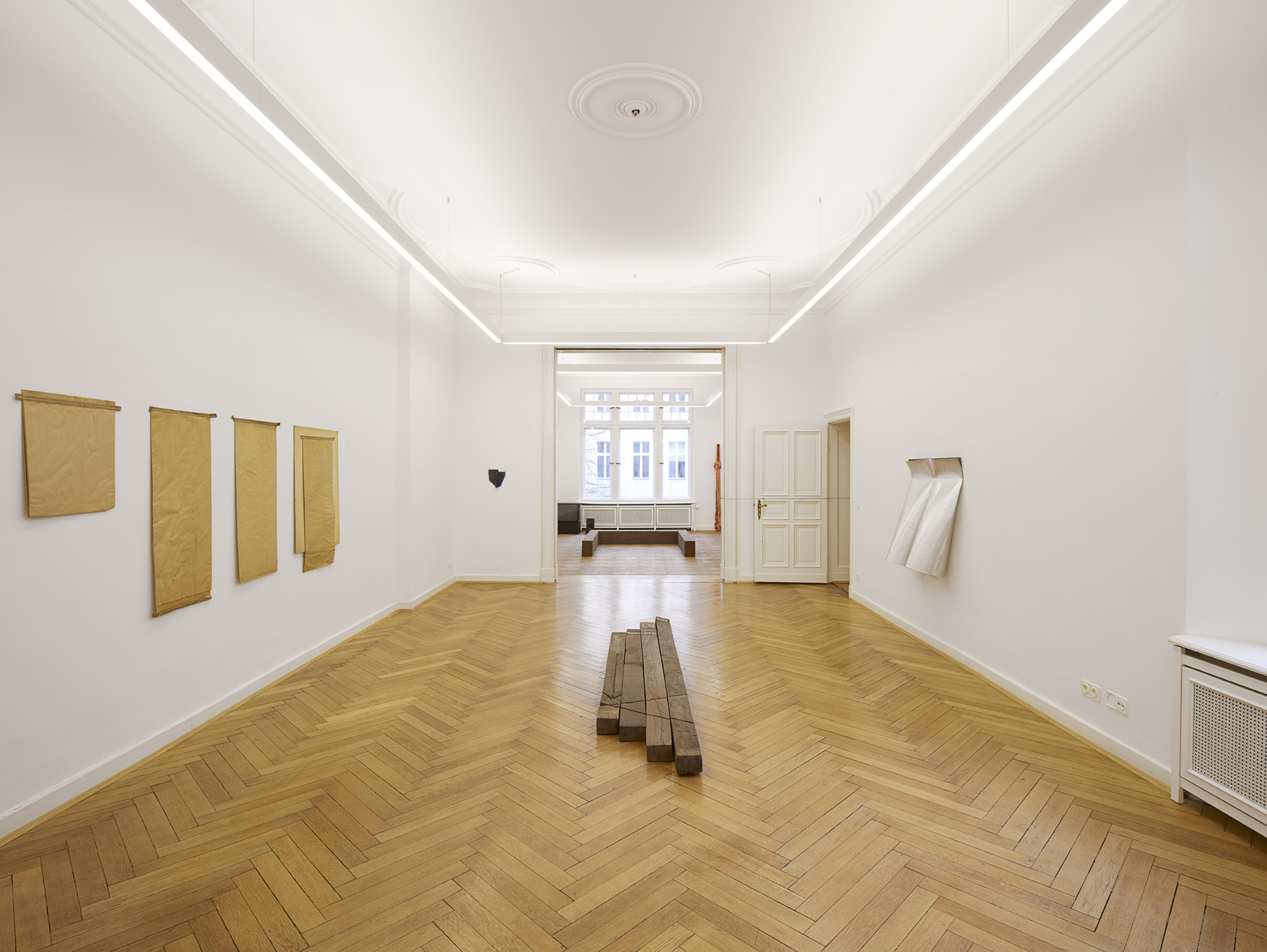 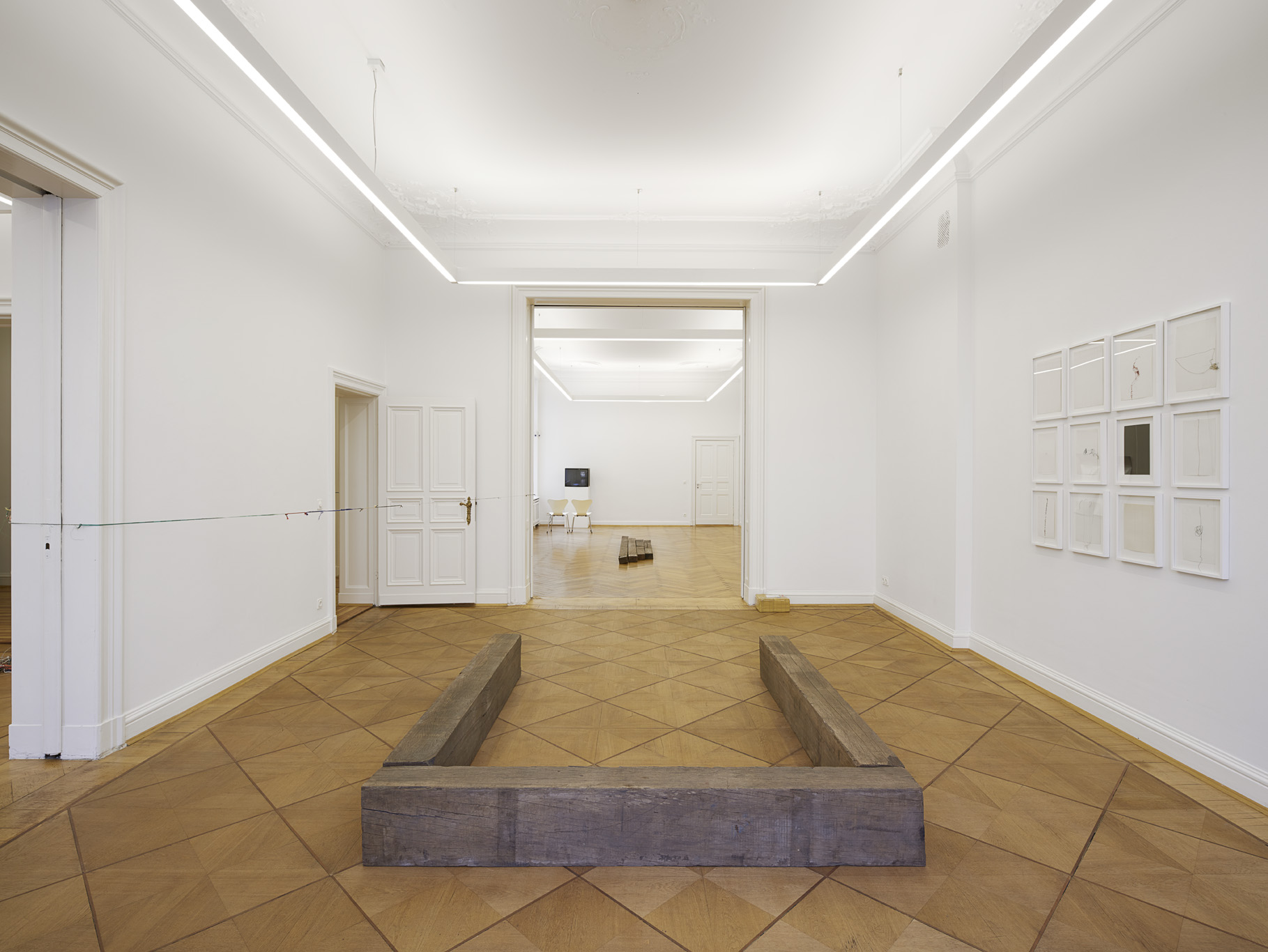 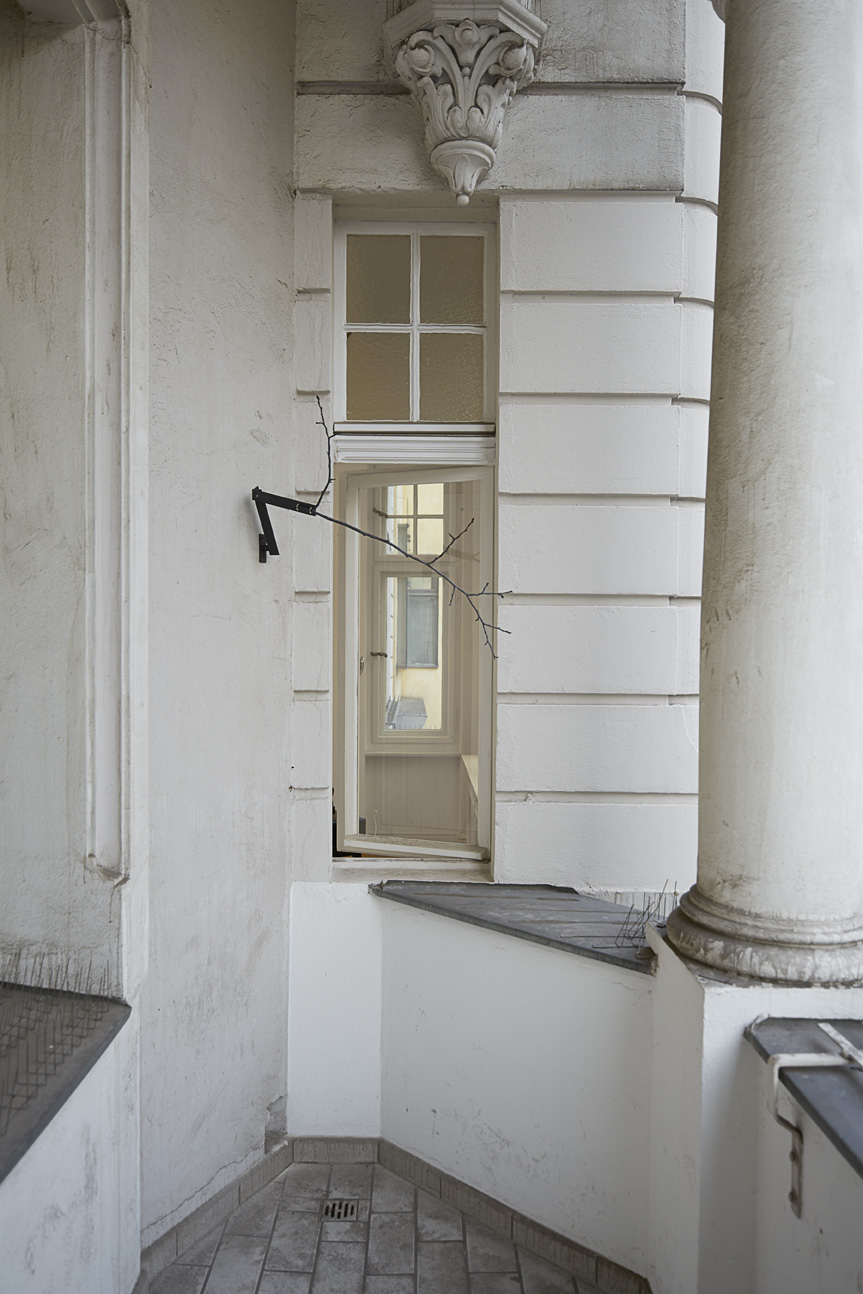 The group exhibition Poetic Minimalism revolves around German artist Bernd Lohaus (1940-2010), whose haunting work remains unknown to a wider audience even today. At Salon Dahlmann, his work will be presented for the first time in an international context in combination with artists of younger generations who share a similar approach.

As a former student of Joseph Beuys at the Kunstakademie in Düsseldorf, Lohaus worked with simple, untreated materials such as wooden beams, paper, thread, stone or tape. The pieces are often marked with fragments of language, written in chalk or notched by hand. Although Lohaus operated within the artistic trends of his generation, such as Minimalism and Conceptual Art, which for the most part eschewed real life references, he developed a highly personal, metaphorical approach to making sculpture. Carefully combined individual elements and barely noticeable shifts in materials convey an intimate, poetic component that is diametrically opposed to the self-referential themes and anonymous character of the art of his time. Lohaus also worked with geometric and solid materials, yet a devotion to his subject, a sense of questioning and vulnerability come through in his works. This ephemeral, humanistic quality also contradicts the material mythologizing of Beuys and Arte Povera artists. Lohaus’ understanding of art is instead derived from poetry and literature and focuses on social interaction, emotion, time and memory – factors that only became wildly popular with later generations of artists.

In addition to his artistic activities, Lohaus ran the legendary gallery Wide White Space from 1966 to 1976 with his wife Anny de Decker in Antwerp, where he moved after graduation. The gallery exhibited artists such as Carl Andre, Marcel Broodthaers, Daniel Buren and Bruce Nauman.

To honor Bernd Lohaus’ work and underscore its relevance to the international contemporary art context for the first time, Poetic Minimalism sets up a dialogue featuring works by Francis Alÿs, Rosa Barba, Katinka Bock, Ceal Floyer, Sofia Hultén, Mikko Kuorinki, Gabriel Kuri, Félix González-Torres and Anri Sala – artistic positions whose minimalist vocabulary is, like Lohaus’, characterized by a silent poetry, the desire for a connection to place and a yearning to communicate. For many visitors, Lohaus will be a long overdue discovery, whose outstanding work was previously not available to them. For those who know him, experiencing Lohaus in a current context will provide a new way to appreciate his work.