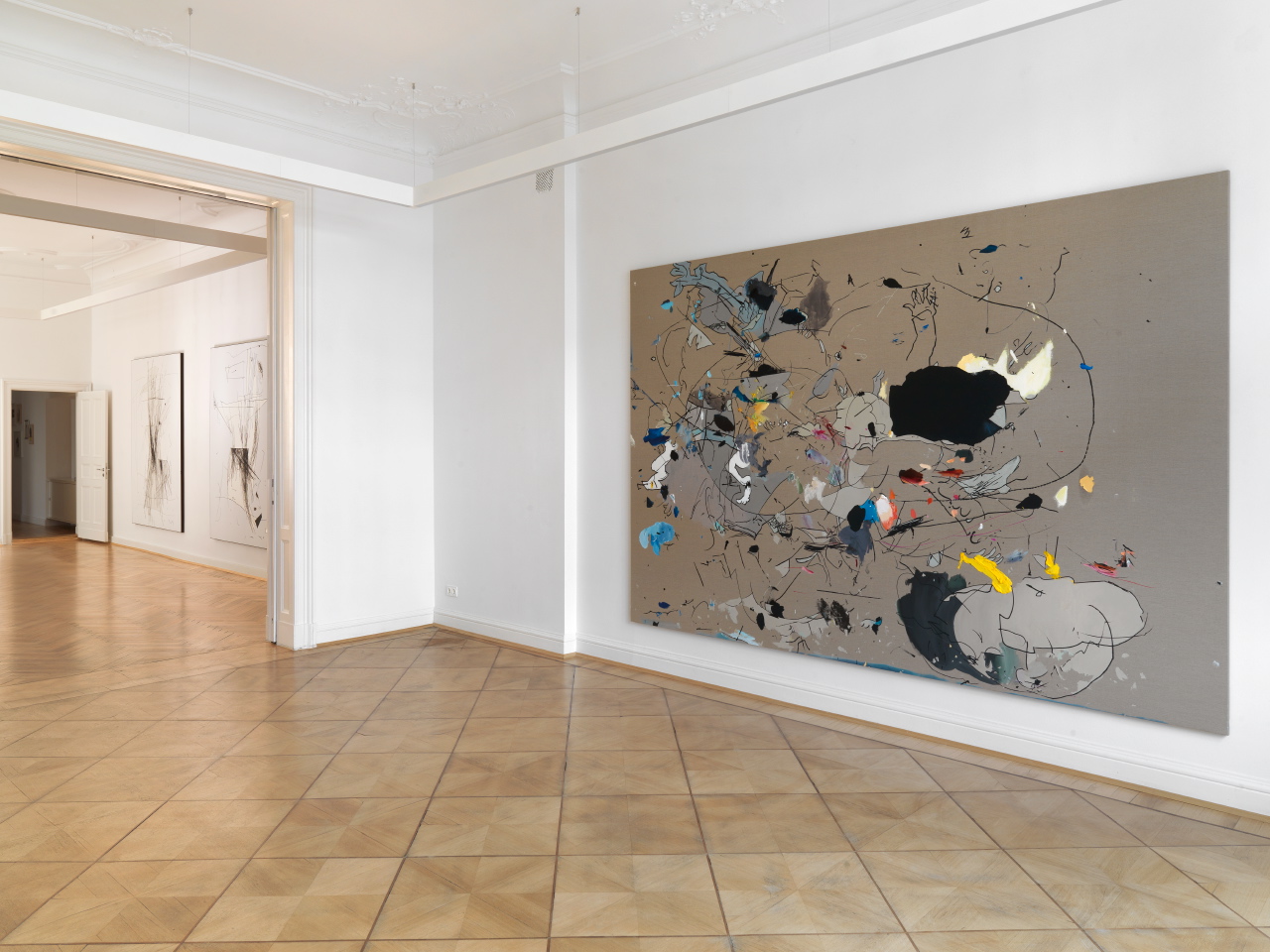 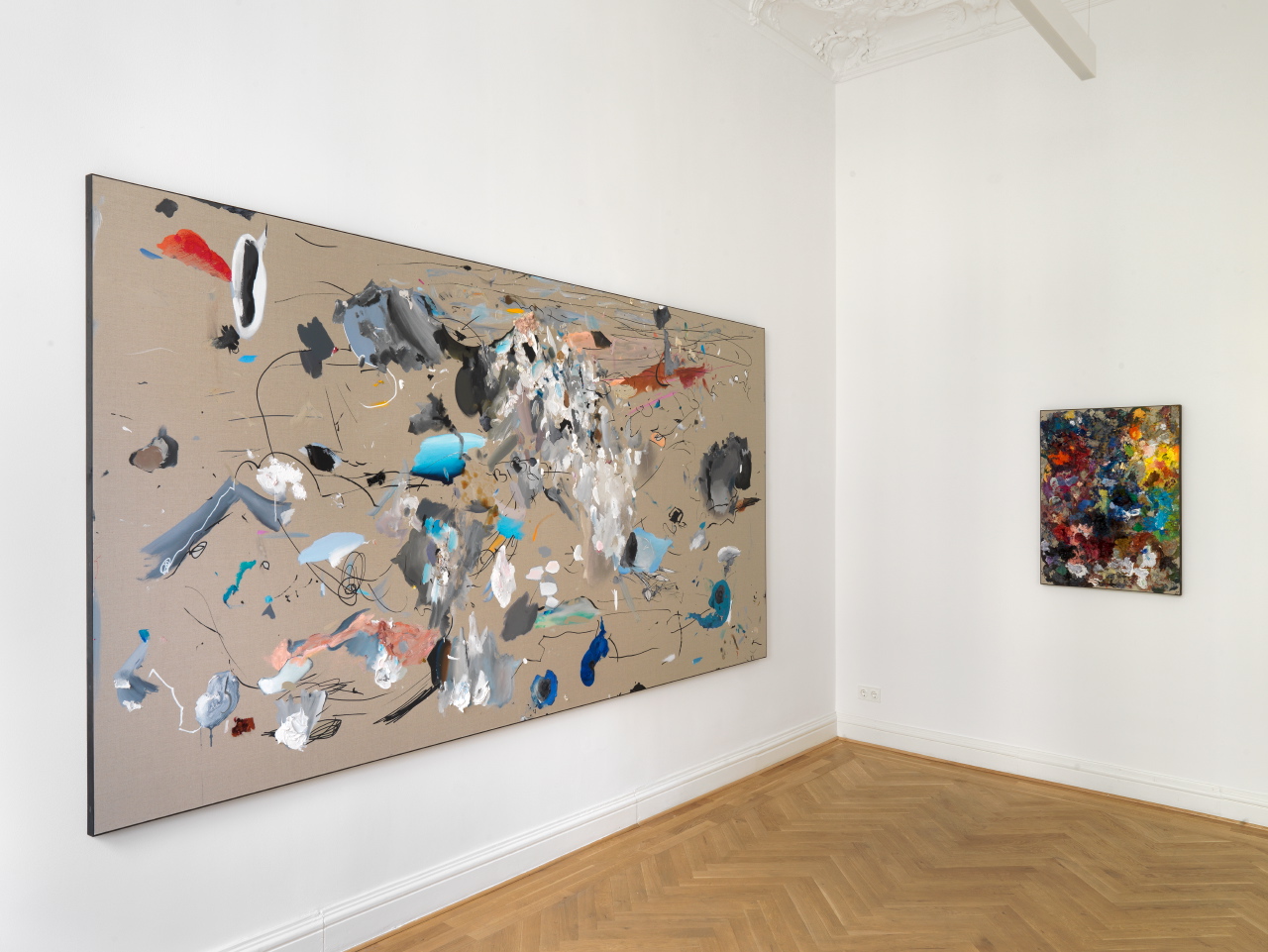 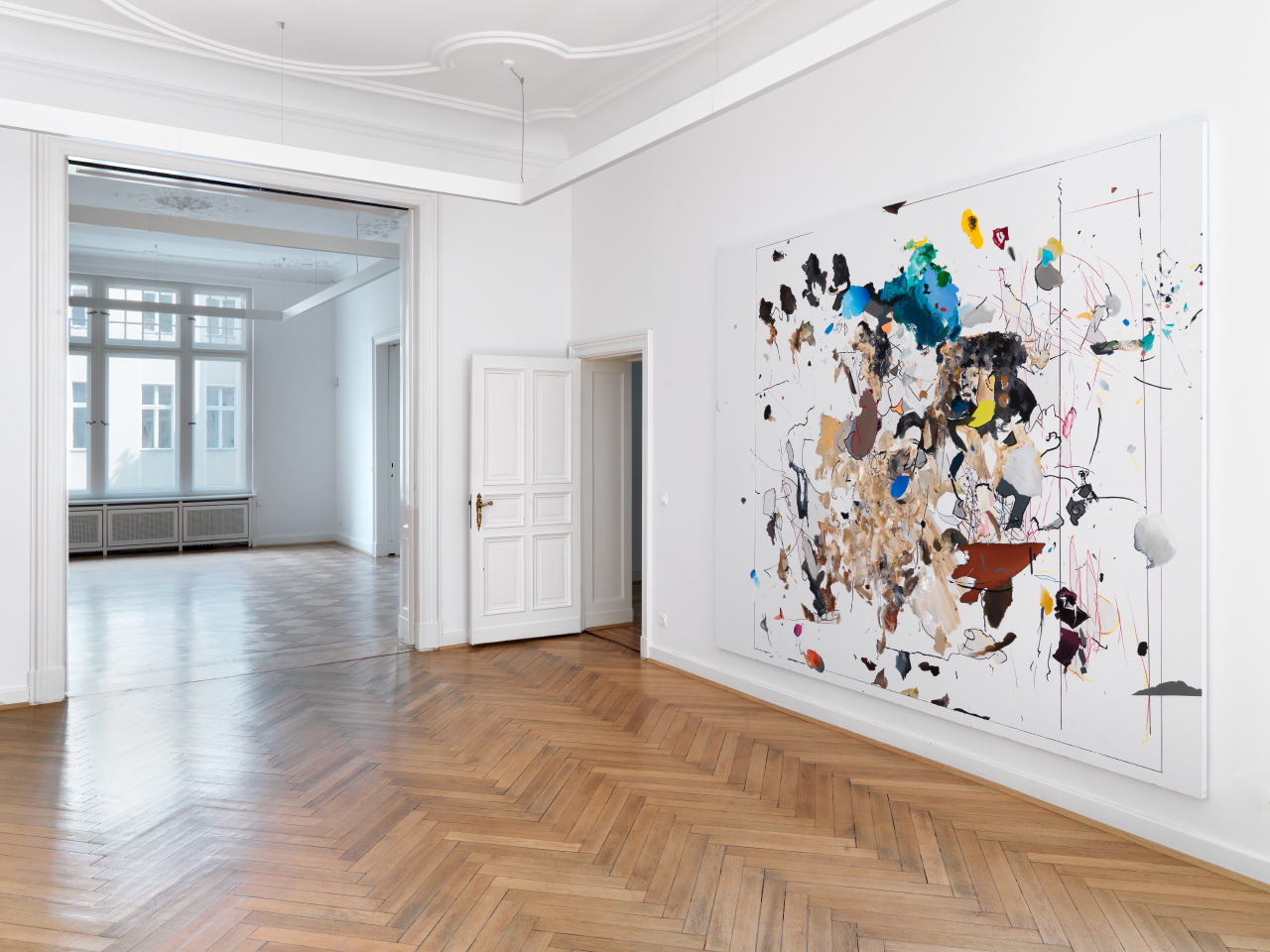 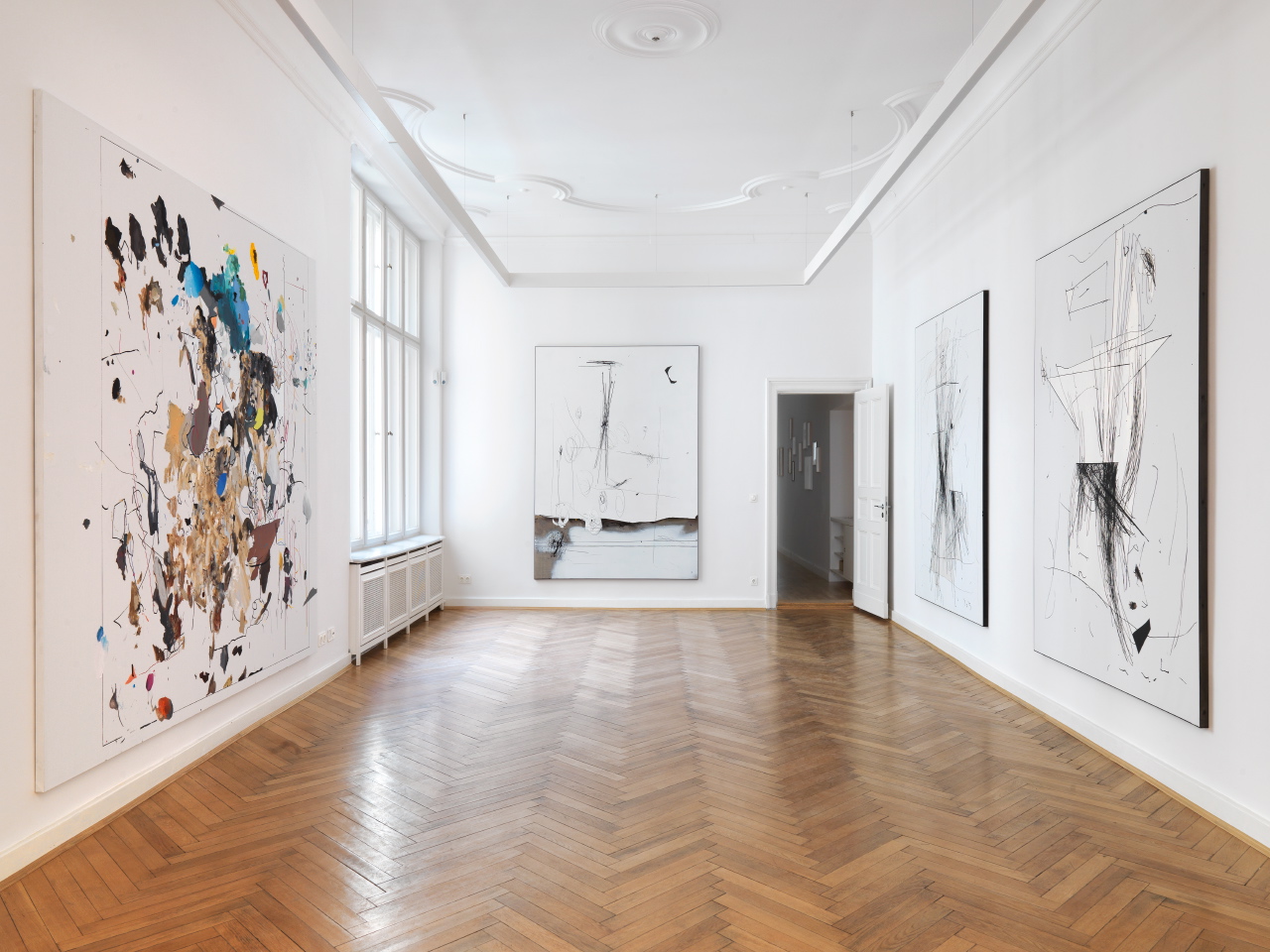 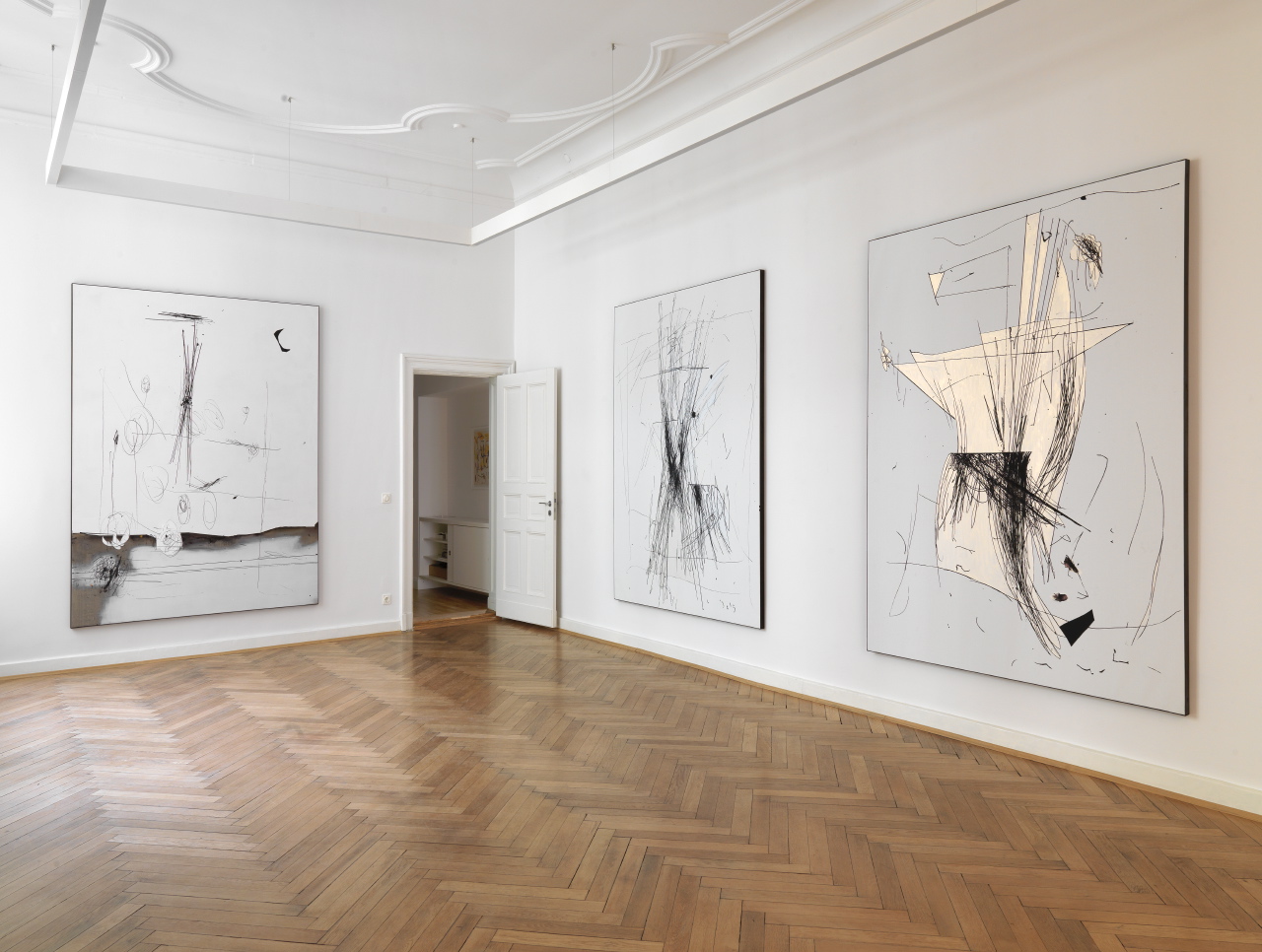 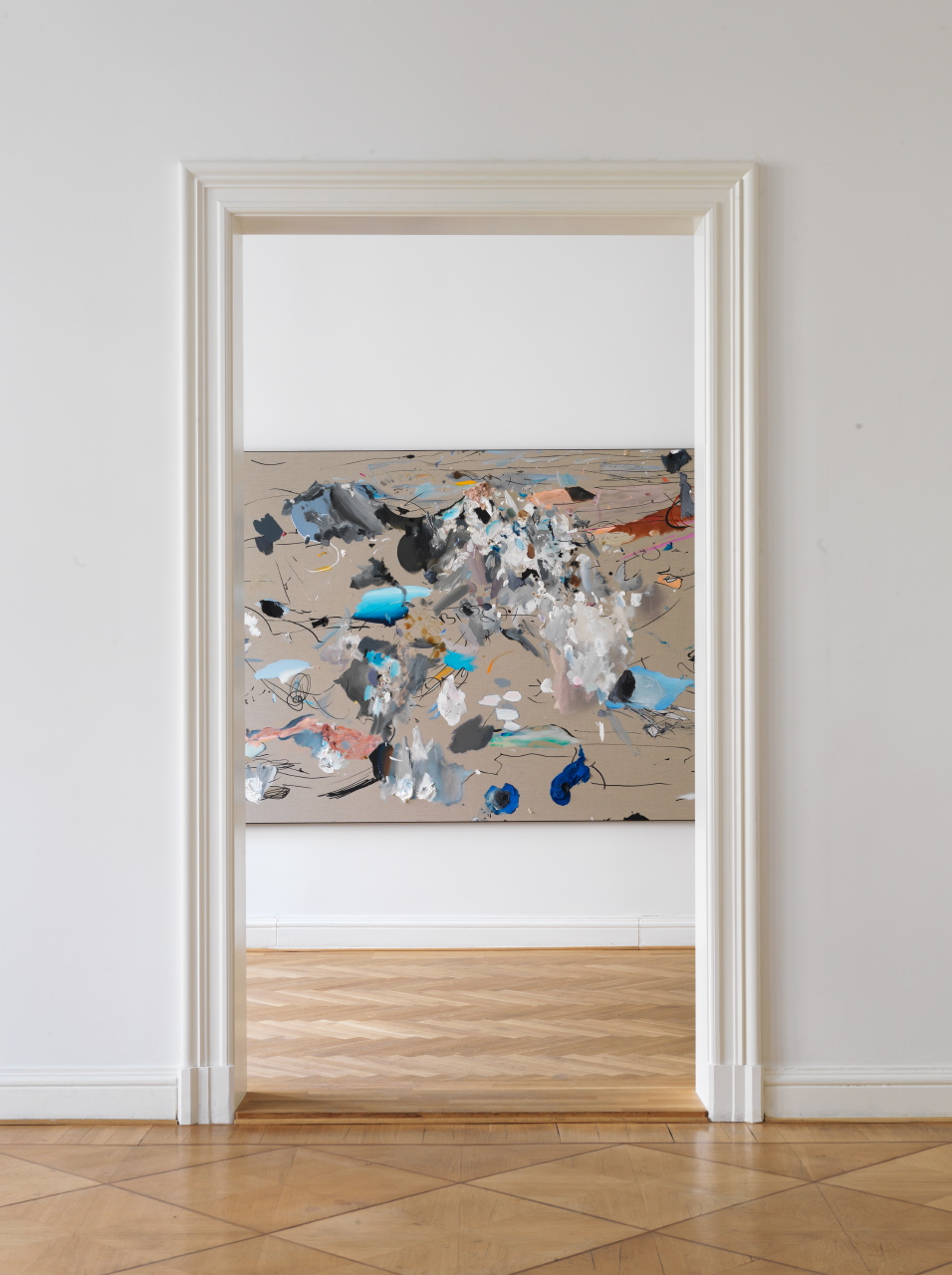 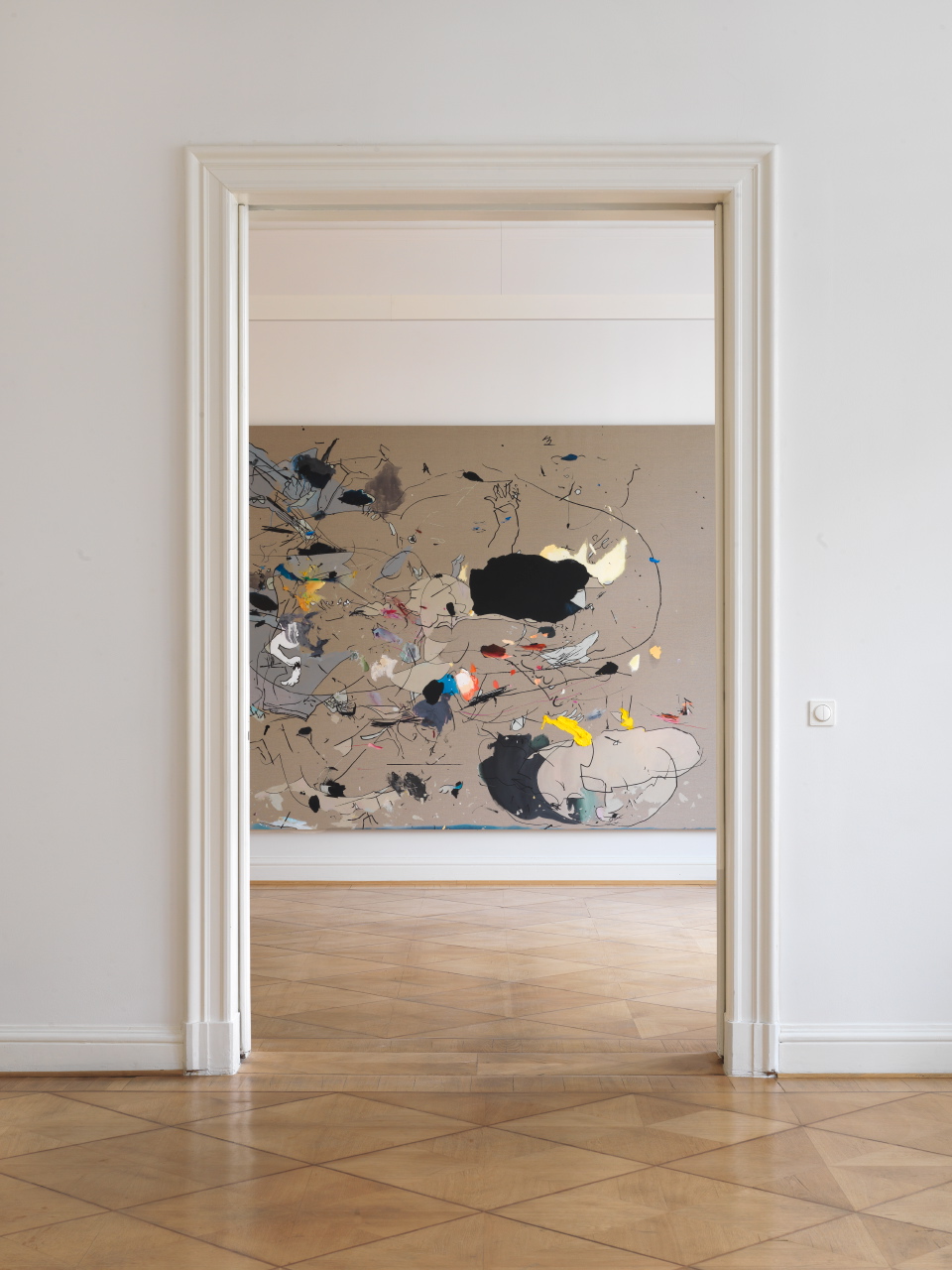 Secundino Hernández’s present show breaks free from the established hierarchy that exists among the works of art that make up an exhibition by stressing that “the whole” should be seen as a single entity. Numerous hypotheses could be considered regarding his recent paintings, although perhaps there are some new interpretations that reveal themes and formats unseen until now in his work. From an aesthetic point of view, the use of certain elements such as shapes, markings, lines and color makes reference to historical Spanish painters, most obviously to Velázquez and Goya, but it also alludes to Turner’s romanticism or even the schematic use of doodles characteristic of Giacometti, as can be seen in many of Hernández’s latest paintings. These elements serve as a visual analysis that now coexists with a theoretical facet that comes from an intense way of approaching painting, from the mysterious presence of figures, from a visual representation linked to a phenomenological aspect and from the ability to concentrate and expand on tales and pictorial elements.

While it is true that Secundino Hernández’s new works conserve certain characteristics from previous periods, they do so not as a sterile repetition of previously used resources but as the logical evolution of territory he has already conquered over the past years. These aspects evolve, showing that time and reflection are needed to allow painting to reach its highest level. Hernandez’s works continue to be tests, trials and errors, sketches and palettes, but now there is something more to them. They are also that place where the artist goes out searching for, hunting for, or pursuing the painting. The movement and elusiveness of the lines, paths, routes and directions of the masses, voids, tones and mixtures express a recurring image of the painter futilely pursuing the painting. The painting itself, it turns out, is faster than the hand or the eye.

While some paintings act like magnets, bringing ideas and characters together, others are like uncontrolled explosions or bombs that take some of the events that marked the history of the past century and turn them into disperse elements, remains and debris. Today these bits and pieces are the devastating building blocks on which this unsustainable geopolitical system was built. The paintings relate the disaster of a broken and disseminated historic sequence that ends up exploding on large canvases just before being reduced to dry and cracked material on others. The artist constantly comes back to incomplete visions, like utopias of progress, as if they were the unfinished sentence of a grand text that proclaims that nothing else can be said, even though there is still so much to say.

Currently the artist lives and works in Madrid and Berlin. Since several years he regularly shows in galleries in Madrid, Vienna and Helsinki. This is his first individual exhibition in Germany. At this moment, there is a major display of his recent work at the Rubell Family Foundation in Miami.